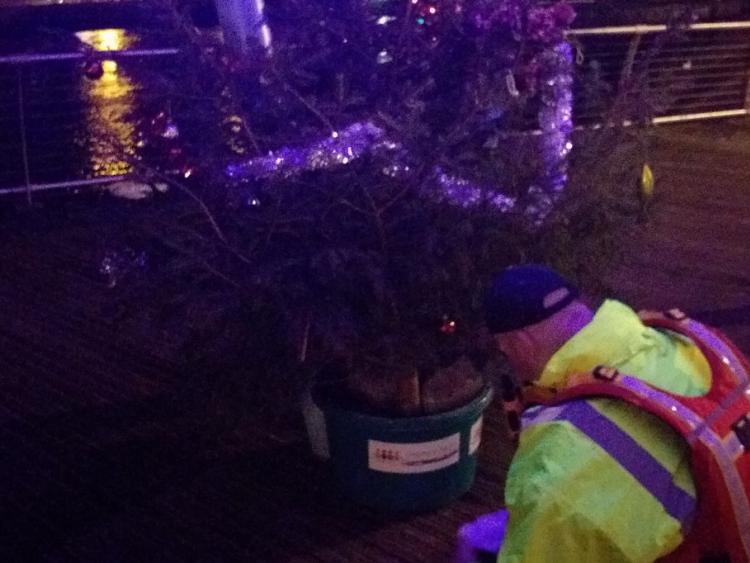 A MEMBER of the Limerick Treaty Suicide Prevention team has expressed her disgust after their remembrance tree in Limerick city was vandalised during the week.

The remembrance tree was erected under the boardwalk shelter at Harvey's Quay after weeks of preparation.

The tree was decorated with Christmas tinsel and contained numerous notes to loved ones.

Volunteer Aoife O'Halloran said an individual scribbled out "suicide prevention" imaging on the tree and removed "all the little notes for loved ones on it and all the decorations".

She told the Limerick Leader: "We put so much effort into that tree behind the scenes to try bring the people of Limerick closer and for someone to come along and do that is heartbreaking."

"Weeks of preparation. Multiple nights out until the early hours of the morning no matter if its hail, rain, sleet or snow.. the volunteers of Limerick Treaty Suicide prevention are out trying to help even if it's one person it's better than none," Ms O'Halloran posted on Facebook.

"Disgusted is an understatement."

On St Stephen's Day, the tree was redecorated at Howley's Quay, she said on social media.