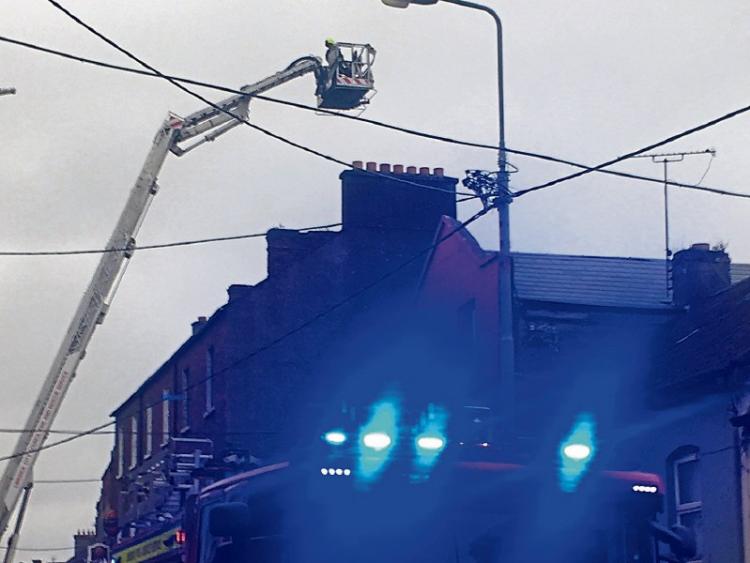 Limerick Fire and Rescue deployed its Bronto Skylift during the operation

A FIRE which broke out at a derelict building in Limerick city centre this afternoon has been brought under control and extinguished.

The alarm was raised shortly after 2pm this Thursday after flames and smoke were spotted coming from the building at Wickham Street.

Four units of Limerick Fire and Rescue from Mulgrave Street attended the scene for just over an hour.

The Bronto Skylift was among units deployed during the operation.

Traffic in the area is returning to normal and and investigation is underway to establish the cause of the fire.

There are no reports of injuries and there is nothing to suggest foul play.