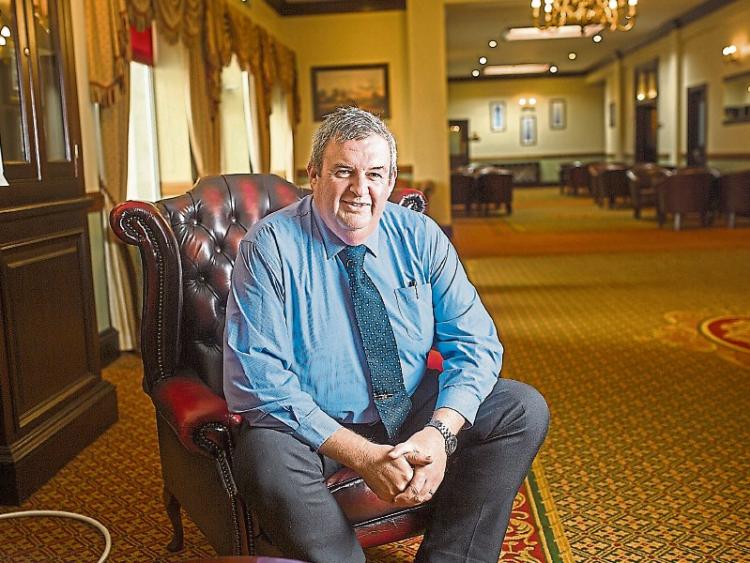 Damien O'Grady: confident new buyer will be found, but circumspect over his own future

FOLLOWING weeks of speculation, the Rathkeale House Hotel is now, officially, for sale with a guide price of €1.5m.

Damien O’Grady has run the hotel for the past eight years on a lease basis from  the O’Connor family. But, he told the Limerick Leader this Wednesday, that lease runs out on December 31 and the owners want to sell.

He is, however, optimistic that the hotel will find a buyer. “Hotels are hot property,” he said and he believed there was good interest in the Rathkeale property.

“There is a business here,” he stressed. “Nobody wants to see it close. We are all working together to try and get it over the line.”

He could not speculate on what his own future will bring, pointing out that much depends on potential future buyers.

However, he thanked “all the  loyal and hard working staff,  past and present for their dedication and commitment in making Rathkeale House Hotel the success it is today.”

“Of course none of this could have been possible without the valued and continued support of the local community, business, sporting groups, associations and suppliers,” Damien said in a message sent to customers. “We look forward to your continued support for the rest of 2019 and we would like to thank Tadhg and the O’Connor Family and wish them the very best for the Rathkeale House Hotel in the future.”

Any business over the next period would be greatly appreciated, he added.