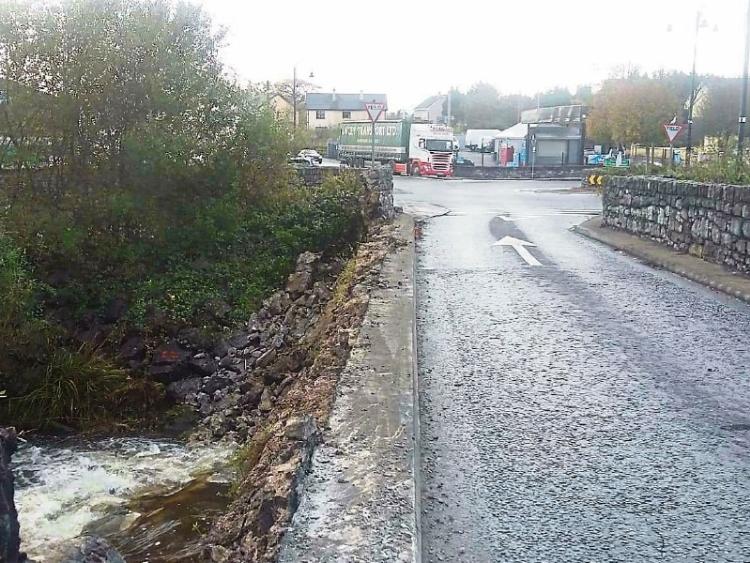 TRAFFIC has been seriously disrupted in Newcastle West following the collapse of a wall at the Bridge of Tears early this Monday morning.

A large section of the  left side of the 19th century bridge fell into the river after being damaged by a vehicle.

The bridge is now closed to outbound traffic. Instead traffic heading for Charleville, Broadford, Dromcollogher and Castlemahon will be diverted from the roundabout to the next left-hand junction where they double back along the R522 , at the rear of the Longcourt House Hotel, to the roundabout at Rathina.

However, incoming traffic will not be affected and can cross the new bridge constructed alongside the Bridge of Tears as normal.

Diversions will be clearly signposted, a spokesman for Limerick City and County Council said, adding that the council "regrets any inconvenience caused."

“It is completely gone. The whole left side of the bridge is gone into the river,” said Cllr Michael Collins who posted a photo on social media. It will be a serious job to repair it, he added.

The bridge predates the Famine, according to Cllr Jerome Scanlan, and got its name as it was where emigrants left their friends and family before heading out on the old Cork Road to Cobh (Queenstown)  and the emigrant ships.

“It is sad to see the history and heritage disappear into the river,” he said.