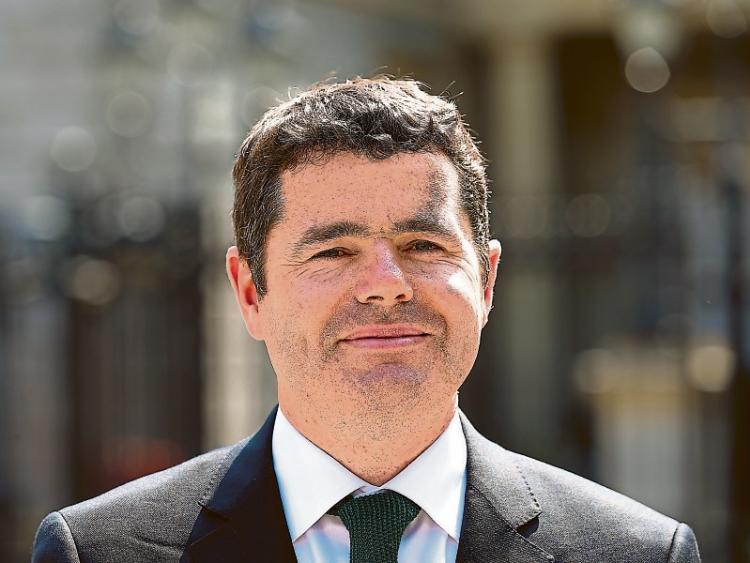 Budget 2020 coverage proudly brought to you in association with

MORE gardai on the streets, an extension to the Living Cities taxation scheme, and fresh investment in Limerick Prison are the headline local measures in Budget 2020.

One of the lowest profile budget announcements of recent years, Finance Minister Paschal Donohoe delivered his spending projections for 2020 in Dail Eireann this Tuesday, describing it as a “budget without precedent” for “times without precedent”.

The increasing possibility of a Britain leaving the European Union without a deal featured heavily, with the Finance Minister announcing €200m in spend to upgrade ports and airports “to ensure we are ready for Brexit, whatever form it takes.” In total €1.2bn is set aside for Brexit measures.

While there are local hopes that Shannon Airport will benefit from an injection as a consequence of this, Mr Donohoe was more explicit, pledging €40m for the tourism sector, and encoursaging direct access into regional ports and airports.

This would include Limerick’s local airport, and the Port of Foynes.

There are to be no changes to pensions, child​ benefits and jobseekers allowance – a move many see as risky in what is likely to be an election year.

But all welfare recipients will see their Christmas bonus restored in full this year for the first time since the onset of the recession.

Some €2.7bn was announced to include investmnet in rural trasnport networks, including money for greenways and urban cycling projects.

Meanwhile, a further €2.5bn is being made available to the housing programme, Mr Donohoe sayhing the “unprecedented” investment will allow government to respond to a demand in housing and prioritise social housing investment.

More money is being put into homelessness, a move seized upon by opposition members including Senator Paul Gavan, who said: “It’s clearly an indication things are going to get worse”.

Limerick could benefit from a pot of €130m set aside for urban regeneration projects, while the Living Cities initiative scheme, set up by former Finance Minister, Limerick’s Michael Noonan in 2014 is being extended.

Locally, the scheme offers generous tax breaks to people looking to develop Georgian buildings, and Limerick Chamber chief executive Dee Ryan said: “In the last 18 months, talking to our members who are auctioneers, they've seen a pick-up in terms of sales of Georgian properties. Any Georgian properties which came on the market did sell fast, and people referenced it when they were doing sales.”

Spend in the beleagured health sector is up to €17.4bn in 2020 – a move the Finance Minister said would “ensure we can respond to changes placing demands on our health services”. Prescription charges are down by 50cm, while free GP care will now be available to kids under eight.

Up to 700 new gardai are to be recruited, something Ms Ryan has pledged to follow up on with Justice Minister Charlie Flanagan.

And Limerick prison is to get a share in a €265m investment.

More Limerick specific-measures are set to become clearer in the coming days as different departments publish their own estimates.