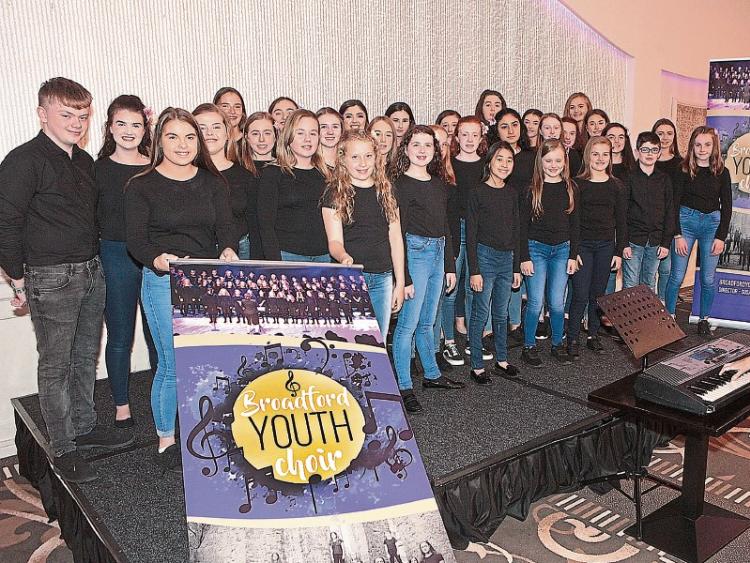 A YEAR ago, the small, rural  parish of Killeedy demonstrated  its international links when it brought the Broadway stars of Les Misérables  to the UL Concert Hall.

Now, Killeedy is again getting ready to sprinkle some  Broadway magic dust when it co-hosts two big nights, this time in West Limerick.

Broadway at the Manor, taking place in Adare Manor on December 5,  will be a big, glitzy affair which will feature Broadway stars Ron Sharpe and Barbara Russell-Sharpe with members of their family.

Big numbers with big voices in a mix of big-show favourites, opera and medleys are promised for this highly polished show and high-profile benefit.

The Mid-West Cancer Foundation, Limerick GAA’s Senior Hurling squad and Killeedy GAA all stand to gain funds and already, according to Declan O’Connor of Killeedy GAA, 20 tables have  been secured at €3,500 a table.

But there are still some tables available and/or individual seats at €450 per head.

The idea for Broadway at the Manor was sparked following last year’s successful Married to Broadway show at University Concert Hall.

The following day, Declan explained, Ron and Barbara Sharpe visited Adare Manor and expressed the hope of doing a return benefit there.

In 2009, Declan had helped  bring them to Adare Manor for a massive fund-raiser for an American charity supported by  the late Tom Kane.

Declan had first met Ron and Barbara Sharpe at a charity event in New York in 2005 to which he had been invited by  his brother Dr Jim O’Connor, who was then Consul General of Ireland in New York.

Now, that initial link has been deepened and is paying dividends for Killeedy where big plans to regenerate the community are underway.

Among these ambitions are the GAA’s own five-year plan which includes a fully-lighted walking path around the pitches at Raheenagh along with a gym and a playing wall.

But the Broadway magic will also spill over to Newcastle West where on December 7, a concert featuring the Sharpe family and friends will take place.

The concert will also feature the Broadford Youth Choir who sang throughout New York during the St Patrick’s Day festivities earlier this year and who have also performed in London and Edinburgh.

Under the musical direction of Susan Browne, the choir also performed at the UCH for Married to Broadway and will be rekindling their musical connection with the Sharpe family in Newcastle West.

Tickets for this concert in the Longcourt House Hotel are on sale for €25.