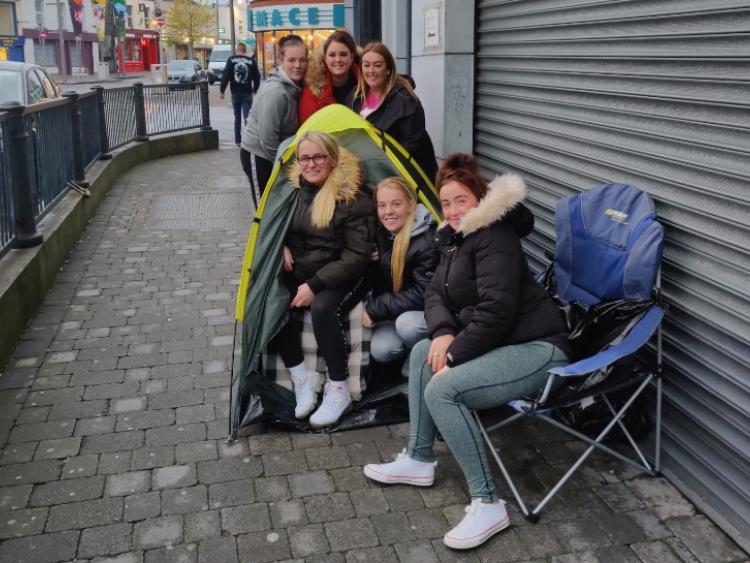 A GROUP of brave Limerick women are set to camp outside a Limerick city shop to bag tickets for a concert that is almost an entire year away, despite the impending rough conditions of Storm Lorenzo.

The group, who were in high spirits and unfazed by winds when interviewed by the Limerick Leader, are planning to camp in a tent outside Gleeson's Sports Scene on Upper William Street so they can be first in queue for Celine Dion tickets for next September.

When asked if they were worried about the storm, one woman said: "If Celine can manage the Titantic, she can get us through tonight!"

"We want to get tickets that means we're all sitting together," said one woman.

SOUND ON Brave @celinedion fans 100% prepared to get their hands on concert tickets tomorrow morning, despite the threat of #stormlorenzo @Limerick_Leader pic.twitter.com/hymBir8zjb

"We are not worried about the storm, we have a tent and we have a couple of chairs and if all else fails we will go into the car."

"I don't think the storm is going to be that bad anyway, people are just exaggerating," added Lyndsey Brown.