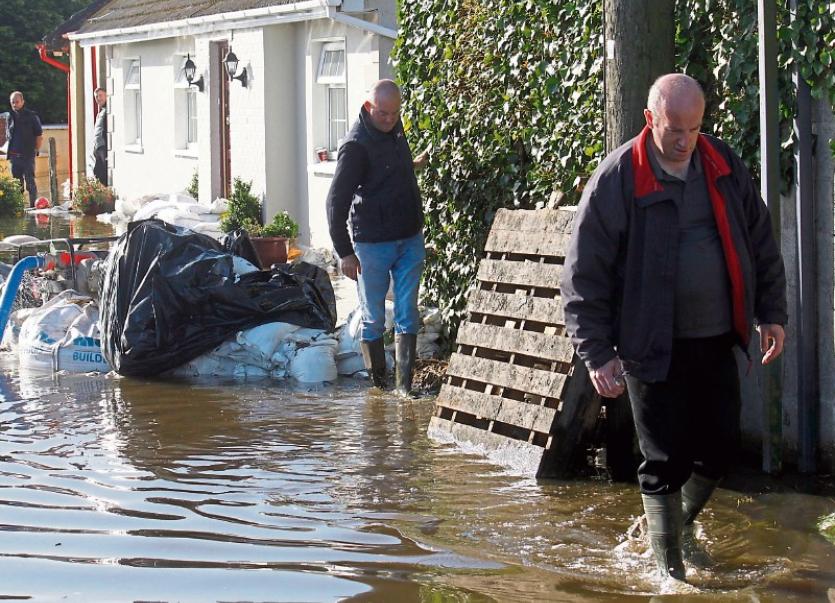 THE OFFICE of Public Works (OPW) has been invited to appear before the next meeting of Limerick’s metropolitan district, over the flooding chaos on the city northside.

A number of families had to be moved from their homes last month when the Shannon burst its banks following the collapse of a sluice outfall in Coonagh, combined with heavy rainfall and high tides. It also caused significant damage to Na Piarsaigh’s pitches, which had only recently been made available for use following a €1m fundraising drive.

At this month’s meeting, members expressed anger, most notably newly-elected Fine Gael councillor Olivia O’Sullivan, who said the OPW had not treated residents with “the proper respect” after they called the Friday night of the flooding to raise concerns.

“These residents knew something was happening that would be detrimental to their homes. The proper respect was not shown to these residents. These people went to sleep that night fearful of waking up stranded or even worse. We need to ask the question of those people we rely on to provide a response,” she said.

Cllr O’Sullivan also questioned the effectiveness of the council’s emergency telephone response after city official Triona Daly said while most calls were answered quickly, there were a number which took up to five minutes.

“Waiting for five minutes on the phone is too long when water is surging up to your door. It’s not the first time this has happened in Coonagh. People are sitting ducks, they are very worried.”

Fellow northside councillor Kieran O’Hanlon said: “Residents knew on Friday night when they saw the water rising up. It’s so sad this has happened – and It’s because of incompetence. I know many residents tried to contact the OPW and could not get through.”

This, he said, is because the government office closes at 5pm.​

Due to this, he suggested a senior local authority official be ready to at least speak to councillors as “we are the first line of defence”.

Labour councillor Conor Sheehan argued the OPW only addressed the issue after local Senator Kieran O’Donnell contacted the Minister re, Kevin ‘Boxer’ Moran. “There is something dysfunctional there.”

Green councillor Brian Leddin said: “It appears the ball was dropped. I’d like to know what oversight there is on this.”

The council’s manager in the metropolitan district Kieran Lehane said he would be meeting the OPW this week, and he would extend an invite to them to address their next meeting on October 21.