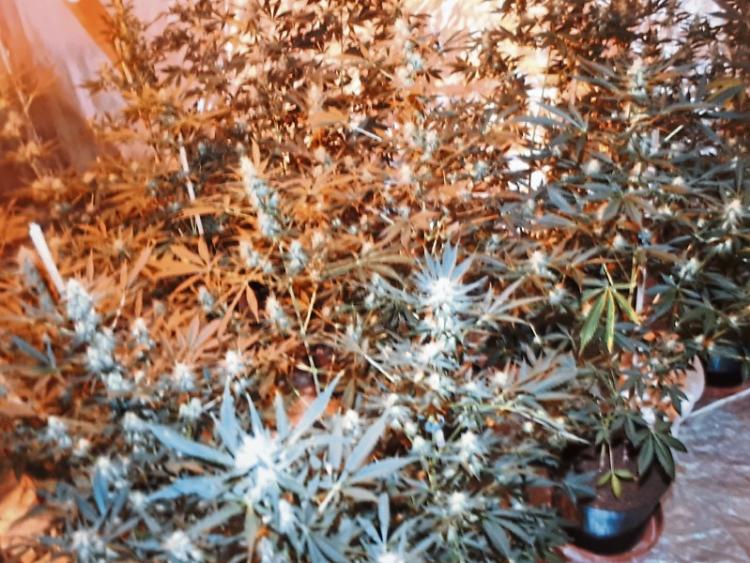 Some of the cannabis plants which were found at Joseph Hayes’ home at Johnsgate Village on December 10, 2014

A WHEELCHAIR-bound drug user is facing the possibility of a lengthy prison sentence after he was caught with significant quantity of drugs on three separate occasions.

Joseph Hayes, 57, of no fixed abode, has pleaded guilty to multiple charges including cultivating cannabis and possession of cocaine for the purpose of sale or supply.

During separate court hearings, Judge Tom O’Donnell was told two of the offences occurred while Mr Hayes was on bail having been charged in relation to the first offence.

Sergeant Mick Dunne told Limerick Circuit Court 20 cannabis plants, with a potential street value of €16,000, were found in the attic of Mr Hayes’ then home in Johnsgate village on December 10, 2014.

In addition to the cannabis plants, a number of pellets containing crack cocaine, worth more than €4,000, were found in a runner during a search of his bedroom.

Mr Hayes – a separated father-of-two – made some admissions and claimed the cannabis was for his personal use. However, Sgt Dunne said text messages on his phone indicated he was involved in the sale and supply of drugs.

Judge Tom O’Donnell was told Mr Hayes was charged and released on bail on May 27, 2016 but that cocaine worth more than €9,800 was found when a house at Courtbrack Avenue, Dock Road Limerick was searched on May 31, 2018.

Garda Kevin Motherway said the drugs were found in clothing belonging to the defendant in the bathroom and bedroom.

A sum of €870 in cash was seized along with three mobile phones and other paraphernalia.

Giving evidence in relation to the most recent offence, Detective Garda Shane Ryan said 98.2 gramms of cocaine, worth more than €6,800, was found in the defendant’s bedroom when gardai searched his home at Vartry Avenue, Raheen on March 6, last.

The drugs, he said, were found in seven bags of various weight and Mr Hayes admitted he had intended selling some of the drugs and using the remainder.

Mark Nicholas SC said his client had been “blighted with health difficulties” and that some of the cannabis was being used for pain management purposes..

He said Mr Hayes made admissions following his arrest and he submitted his client had been naive and that the case should be seen in the context of his chronic pain.

Adjourning sentencing to the end October, Judge O’Donnell said he was concerned that Mr Hayes had been caught with significant quantities of drugs “not once, not twice but three times”.