Cappamore Show: A bastion of rural life in Limerick and Ireland 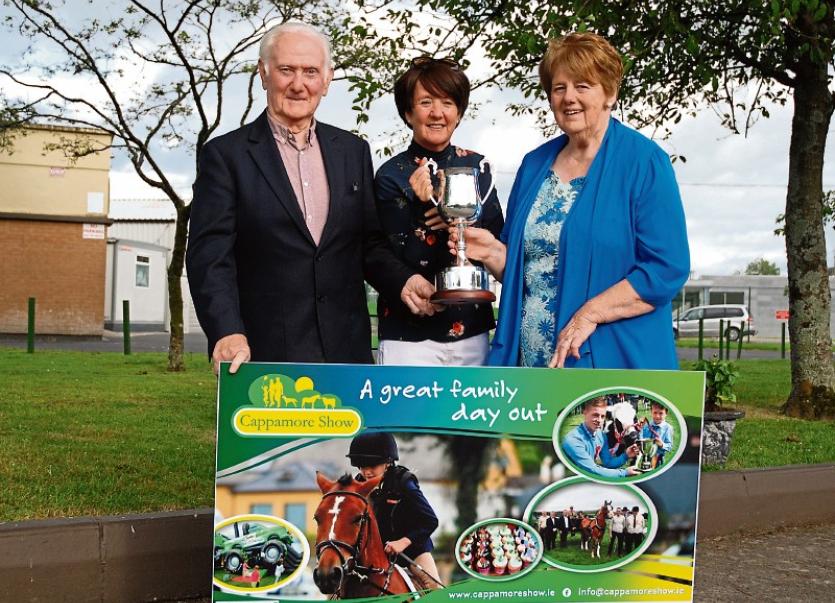 RURAL Ireland has never been presented by more challenges declared an impassioned Paddy Ryan “Luke” at the launch of this year’s Cappamore Show.

The 65th event takes place this Saturday, August 17. Amazingly, Mr Ryan has been the secretary for 60 of those 65 years. The proud Cappamore man and farmer said rural Ireland is being decimated.

“Banks, garda stations, banks, post offices, post offices are all being closed. Rural Ireland will be decimated even further if the powers that be don’t take action,” said Deputy Collins.

You can add to that list pubs, shops and co-ops. This week The Clare People announced that it had printed its last edition. Mr Ryan said the closures of traditional businesses in rural Ireland calls into question the powers that be.

“There is a lot of idle talk about supporting rural Ireland but their actions don’t support their words. It is very disheartening. People far removed from rural Ireland are introducing cut-backs. They do it without consulting those communities. People should be consulted. We live in a democracy not a dictatorship,” said Mr Ryan.

Cappamore Show epitomises volunteerism. There is a committee of over 130 supplemented by many more on show day. It is their show and are rightly proud of it. Mr Ryan said the voluntary moment is being strangled by rules and regulations. “Voluntary groups should be supported rather than putting obstacles in their way,” said Mr Ryan.

The cost of insurance, like in every walk of life, has affected shows. Organisers of the soapbox derby in Kilteely had to call off their flagship event at short notice because they couldn’t get insurance. But despite the doom and gloom, Mr Ryan said we have to be positive.

“It is better to light a candle than curse the darkness,” said Mr Ryan, to smiles in the packed function room of Hayes’.

This reporter remembers Minister for State Patrick O’Donovan talking about a post office being saved a couple of years. He made the point that people must now support that post office. It is no good giving out about the pub or shop after it is closed when you didn’t call in when it is open. It is the same with people in Clare being sad about the closure of The Clare People if they didn’t buy it. You only miss something when it is gone. Head to Cappamore Show on Saturday to help ensure it will be around for another 65 years, and appreciate the event put on by hard-working, passionate and committed men and women.

The Cappamore Show becomes a pensioner on Saturday but it has the energy of a teenager.

Organisers of the 65th annual event have a jam-packed schedule for the over 10,000 who will head to Ballyvoreen. They will mark the milestone by hosting a competition for the best dressed lady and gent in 1950s clothes; displays of vintage domestic appliances, farm machinery and exhibits from the Old Irish Ways Museum.

They marry the old with the new and have a wide range of attractions to keep all ages entertained. Free children’s amusements, food hall including demonstrations from celebrity chef Edward Hayden, music from Dermot Lyons, Pauline Hynan’s dancers, and a pets corner are just some of what will draw the crowds in. Entries in the traditional cattle, horses, ponies, showjumping, dog show, horticulture, arts, crafts, baking classes are very strong this year.

One man who has seen the show evolve is Paddy Ryan “Luke”. He has been the secretary of Cappamore Show for an incredible 60 years, making him the longest serving in the country.

“It started as a local show and we like that it still maintains that local flavour. We never set out to grow it to be a big show but it just flourished on its own initiative. It is recognised nationally. This year we have entries from Donegal down to west Cork,” said Mr Ryan, who stresses the importance of a wide-ranging programme.

“Some who come to the show might have an interest in horses and cattle. Others are just casual visitors so the more variety you have the more enjoyable the day will be,” said Mr Ryan, who paid tribute to the over 130 on the committee and the many more who help out on the day. Their pride in Cappamore and the show is palpable.