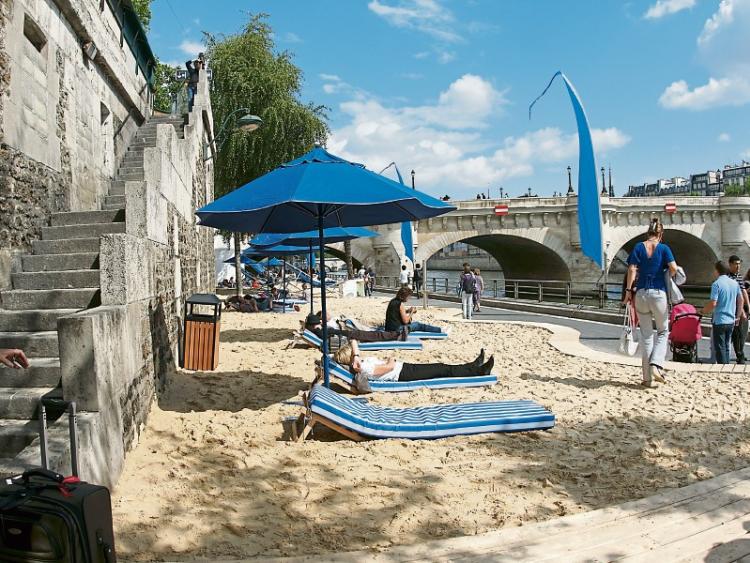 LIMERICK is a city known for its historic architecture, medieval fortresses, and beautiful river views. It is not, however, known for its beaches.

This is something that should change according to Deputy Jan O'Sullivan, who says she would love to see a man-made beach in the city centre.

The Labour Party TD suggested the idea when asked in the weekly My Limerick column in The Leader if she could add one amenity to add to Limerick, what would it be.

“Thought about this for a while and decided to go for a beach. Limerick is the one Irish city that is not near the sea so I think we should copy Paris and put a man-made beach right in the city,” said Deputy O’Sullivan.

Although it might seem like a ludicrous suggestion, the idea of a man-made beach in a city centre is not that far fetched, with a similar structure developed in Paris.

The Paris structure named the Paris-Plages, or "Paris Beaches", is a plan run by the office of the mayor of Paris that creates temporary beaches each summer in the centre of the city.

“I just thought I would suggest something a bit different. Cities like Paris have done it, and it has been a success there I know we don’t quite have the same weather as Paris, but I think because Limerick is far from any beaches, it could be a good idea,” said Deputy O’Sullivan.

“I wouldn’t particularly be picking a spot, but one place people swim already is down by the Curragower. I don’t think it is beyond the realms of possibility to have a safe and enclosed area where people could swim,” she added.