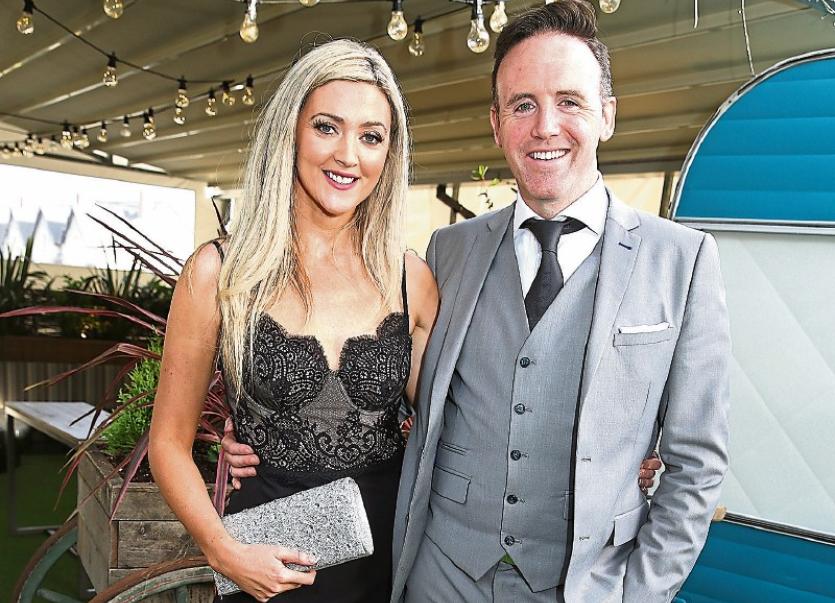 The Fine Gael politician married actress Jennie Dixon within a stone’s throw of Croke Park in front of almost 200 guests including Taoiseach Leo Varadkar and several other Government ministers.

The ceremony, which took place at Corpus Christi Church in Drumcondra, was followed by a reception at Powerscourt Hotel in, Enniskerry, County Wicklow.

The happy couple who got engaged while on holidays in Italy last September have been in a relationship since 2016 – having first met at the launch of the Richard Harris International Film Festival.

The groom, who wore a black three-piece suit tailored by Louis Copeland, was accompanied by his best man and two groomsmen. His his father Dan, a former TD, was also in attendance.

In addition to several high profile politicians, a number of well-known faces were spotted arriving at the ceremony including George McMahon and Dave O’Sullivan, who play Mondo and Decco in Fair City, as well as Bryan Murray and Una Crawford-O’Brien, who play Bob and Renee, respectively.

It’s understood Tom and Jenny are keeping details of their honeymoon a closely guarded secret as they have agreed a deal with RSVP magazine.

WATCH: JP McManus on how he secured the Ryder Cup for Adare Manor