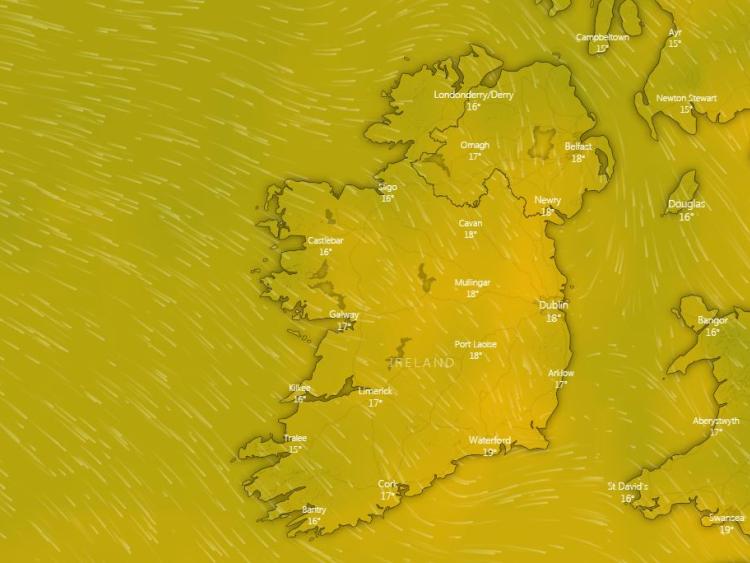 IT WILL BE a weekend of humid rainfall or clear skies and sun, depending on which half of the country you are in according to a Met Eireann weather forecast.

And depending on which All-Ireland hurling semi-final you are attending, you will have either glorious sun or a spell of heavy rain.

Most of the country, including Limerick, will see spells of rain throughout the day, with maximum temperatures reaching 23 degrees. In Limerick, the rain should clear, with partial cloudy conditions and sunshine from 4pm until sundown.

While most of the country is expected to be dry on Saturday, the western half of Ireland will have scattered showers throughout the day. It appears Limerick will partially cloudy conditions throughout the day with clear skies from 9pm until sunset.

And if you're going to the 'Cat Fight' in Croke Park, you might be in luck as conditions are expected to be partially cloudy with highest temperatures of 20 degrees in Dublin.

Those attending the Tipperary-Wexford clash may not have the same fate, as it is likely to have a spell of isolated showers on Sunday afternoon.

It will be mainly cloudy in Limerick on Sunday with highest temperatures of 18 degrees.