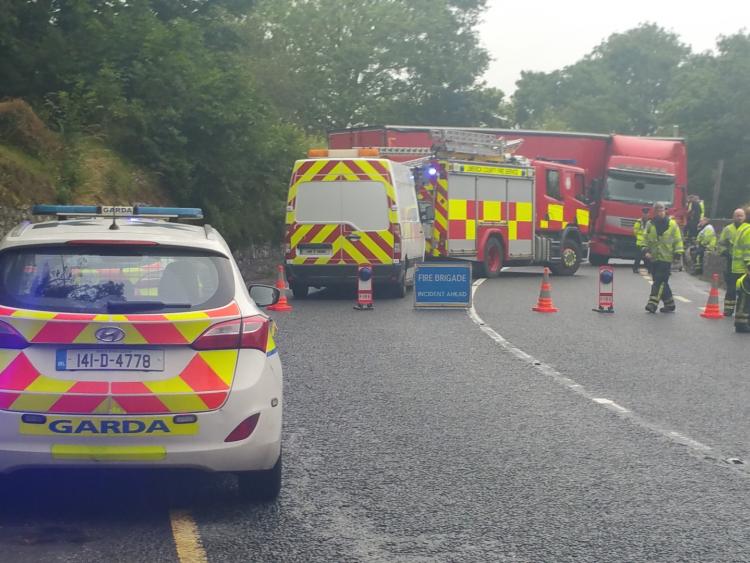 EARLIER reports that the road in Adare could be cleared by 10am seem very premature.

As photographs show the road is completely blocked. The driver has been taken to the hospital. The extent of his injuries are not known at this point. 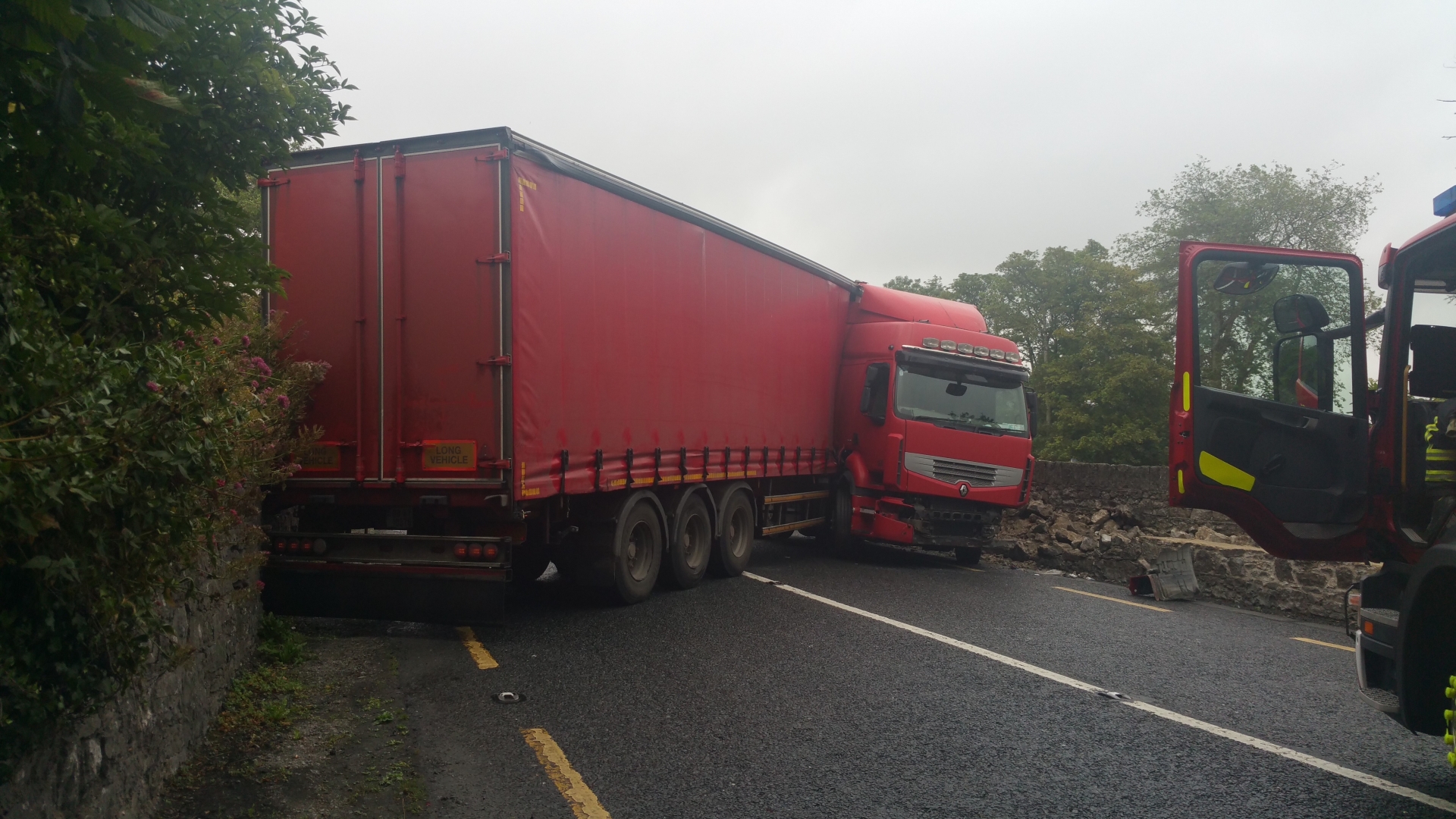 According to one local, who was speaking to a garda, a crane is required.

"The garda said it will be a few hours yet depending on how long it takes for the crane to get here. The traffic is crazy. It is bad enough at the best of times but this has caused absolute chaos," they said.

@Limerick_Leader N21 closed both directions. A truck has jack knifed the Limerick side of the Maigue River. pic.twitter.com/6ZbeQFpzc8

The latest update from AA Roadwatch reads: "The N21 is closed outside Adare at the golf club as gardaí deal with a jack-knifed truck there. Local roads extremely heavy in the area as a result.

"Traffic coming from the Limerick direction are advised to take Woodlands Rd to the roundabout for Adare. If coming from the Rathkeale direction, divert via Kildimo. Expect some delays on all routes however."

The N69 is heavy queuing for Clarina Cross heading towards the city. Also on the N21, it's busy again today both ways on the N21 between Newcastle West and Abbeyfeale near Templeglantine due to the works.