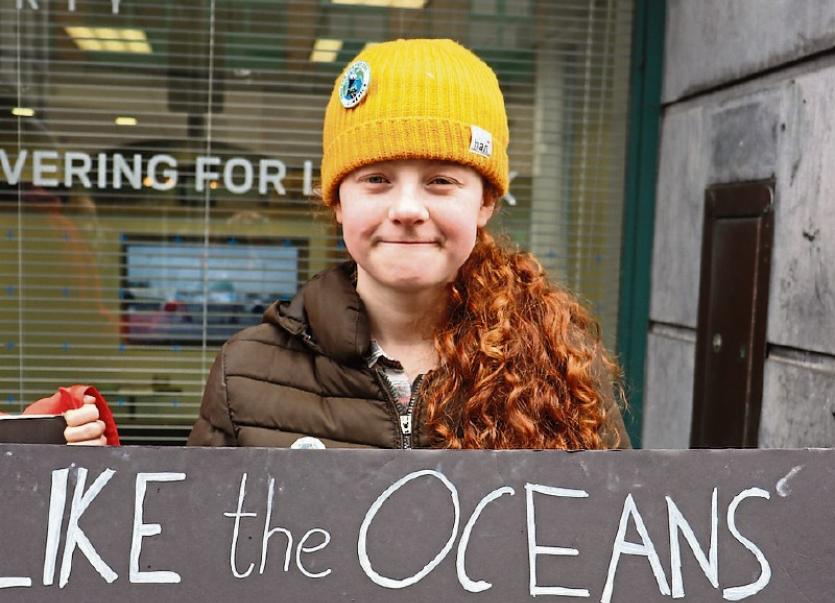 A YOUNG Limerick activist who has been protesting for climate action for more than four months, has accused the Government of not doing enough to combat climate change.

Fourteen-year-old Gaelchoilaiste Luimnigh student Saoirse Exton was one of a number of speakers who took part in a protest rally outside the Dail this Friday afternoon.

Fridays for Future Limerick was represented today at Dublin's youth strike on the 21st! @fridaysforfutureireland

A post shared by climate activism in limerick (@fridaysforfuture.limerick) on Jun 21, 2019 at 7:52am PDT

Saoirse – a member of Fridays For Future Limerick –  been striking for climate action every Friday since March – mainly outside the Limerick2030 offices on Patrick Street.

Addressing this Friday’s rally, which was organised by Fridays For Future Ireland, she accused the Government of making empty promises in relation to climate action.

“We are here today because despite the declaration of a national climate and biodiversity emergency, despite the recent release of Ireland’s climate action plan not enough action is being taken. Despite the protests and lobbying like always our Government is just not doing enough,” she said.

“We do not have until 2050; We do not have enough time for this conservative empty plan which is purely and simply designed to shut us the hell up,” she added.