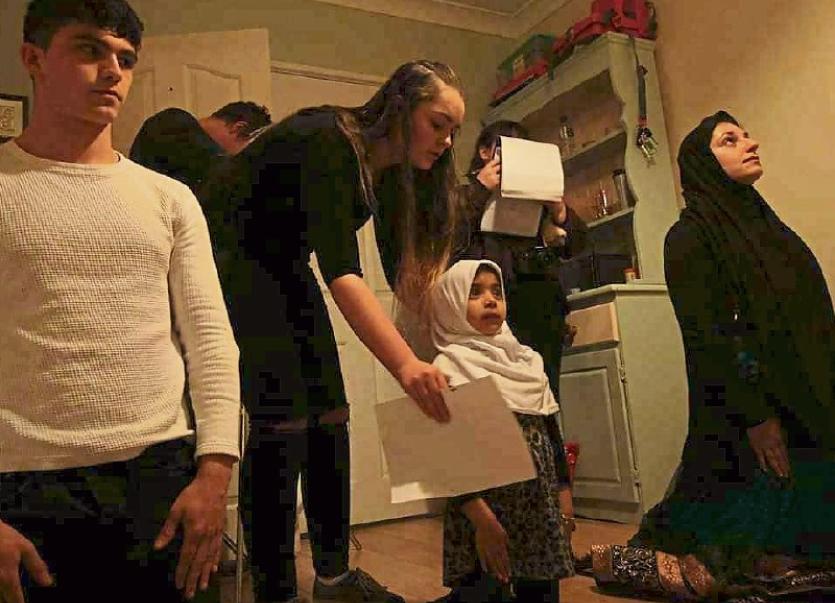 AN UP-and-coming young film director will make her television debut when an eight-minute Christmas short she created will appear on RTE this Monday evening.

Hygge, which tells the story of a blossoming friendship between an Irish boy and a Syrian girl whose families live beside each other with tension, will air on RTE Two at 11.50pm this Monday.

Castleconnell film student Rachel McGill, 20, directed Hygge two years ago when she was just starting out at university as part of the Fresh Film Festivals Hothouse Project.

Ahead of the late night broadcast, Rachel told the Leader: “I'm so excited that a film I made at such a young age is being broadcasted by RTÉ. Although as a filmmaker I've grown quite a lot since making this film, I'm incredibly proud to be able to show it to everyone on national television.”

She said the subject matter is important and that at the time of writing the film, there was a lot of controversy about Ireland taking in Syrian refugees as part of the Syrian resettlement programme.

“This is film is just to show how no matter what you believe in or what your political views are, friendship can be found anywhere,” she said.

She said another notable cast member was Limerick man Sean Hammond “who is an young Irish actor I have worked with on a number of things. He was a great asset to the production and great to have another limerick person involved.

“We also had two other Limerick people on our crew. Our cinematographer Tiernan O Rourke from croom and our art director Rebekah Bustos from Newport.”

Though young, Rachel is no stranger to the film circuit as she was included in a 30-strong Creative Minds line-up at the 2018 Cannes International Film Festival last summer.

She is a third year Film and Television Production student at the Dun Laoghaire Institute of Art, Design and Technology.