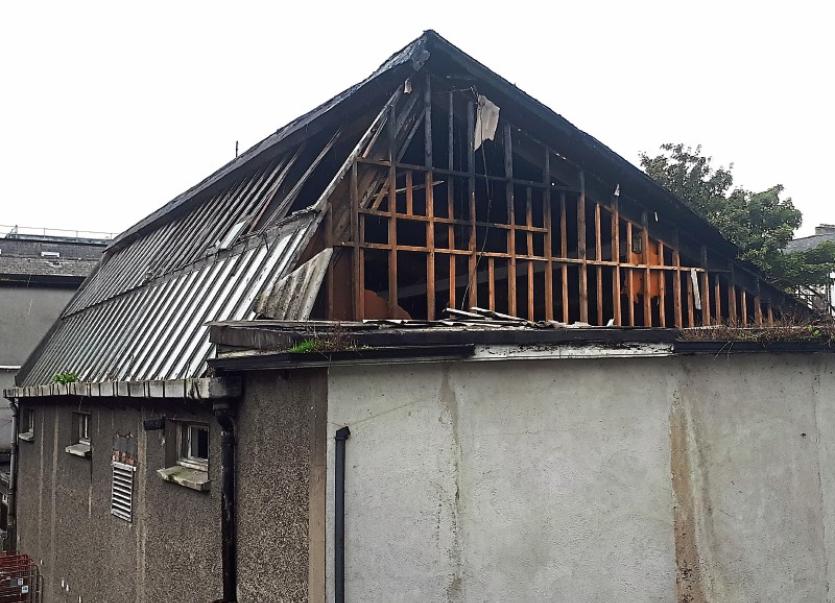 The fire broke out at around 4pm on Sunday

INVESTIGATIONS are continuing to establish the cause of a major fire in Limerick city centre which sparked a major alert.

The alarm was raised at around 4pm on Sunday after flames were seen coming from the roof of the former Limerick Leader printing press which is located at a laneway off Catherine Street.

The building has been derelict for some time and is no longer owned by the Limerick Leader or its parent company.

The O’Connell Street offices of the Limerick Leader, which publishes this website, were not affected by the fire as they are not physically connected to the former printing press.

When the printing press was operational in the past, the two buildings were connected by a gangway. However, this was removed several years ago.

Crews from Limerick Fire and Rescue spent several hours tackling the fire which spread from the ground to the roof which was extensively damaged.

Crews returned for a short time this Monday morning to dampen the smouldering remains of the fire.

Gardai maintained a presence overnight and a technical examination has been carried out as part of the investigation.