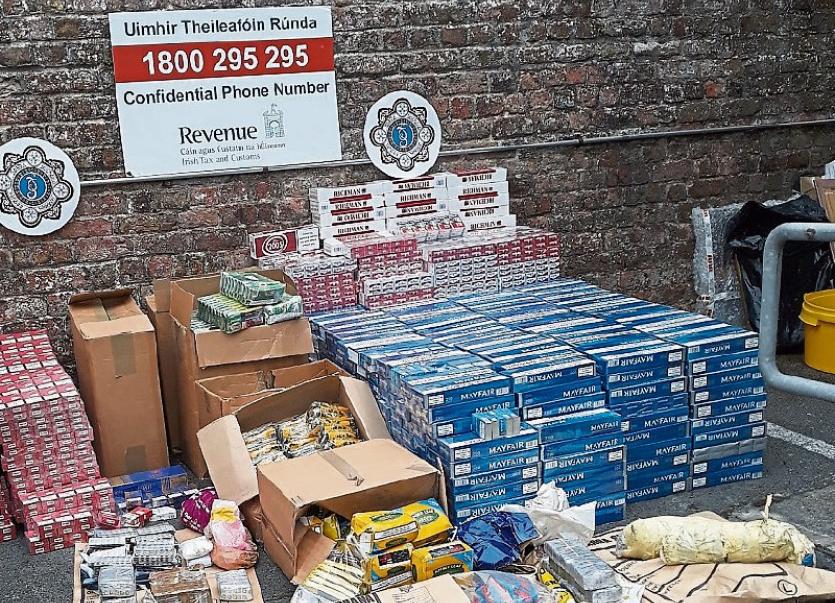 Some of the contraband which was seized during the operation | Picture: Revenue

A MOYROSS man has been granted bail after he appeared in court charged in connection with a significant drugs seizure in the city earlier this week.

Christy Keane, aged 52, of Delmege Park, Moyross who appeared before a vacation sitting of Tralee District Court this Thursday afternoon is charged with possession of cannabis for the purpose of sale or supply.

The drugs, which had a street value of around €100,000, were seized when gardai and Revenue officers searched a business premises off Davis Street on Tuesday morning.

According to the Revenue service, the tobacco products have an estimated retail value of over €132,000, representing a potential loss to the Exchequer of €105,000.

During a brief court hearing, Judge Marie Keane was told there was no garda objection to bail subject to Mr Keane complying with a number of conditions.

The defendant, who lodged a €5,000 bail bond with the court, must sign on three times a week and surrender his passport to gardai.

The matter was adjourned to November 21, next to facilitate the preparation of a file which will be sent to the Director of Public Prosecutions.