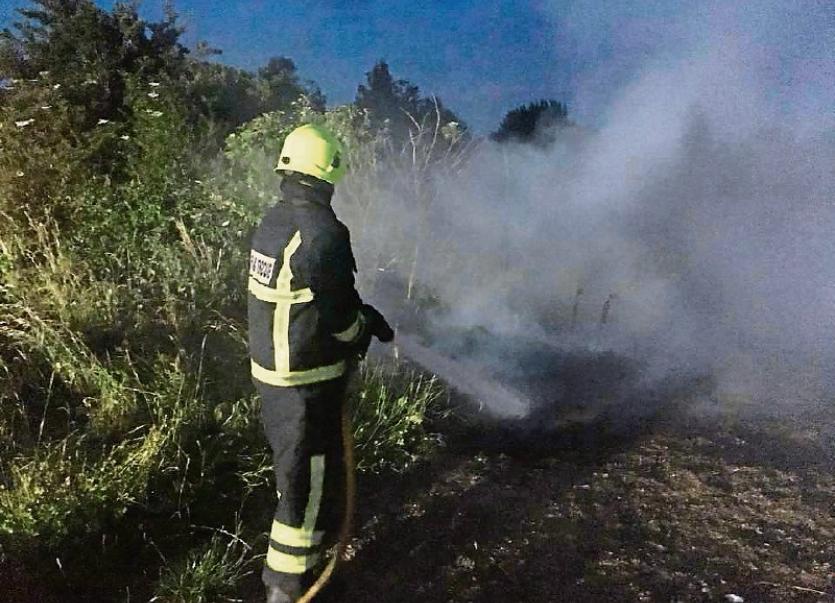 In one incident, four units were dispatched from Limerick Fire Station, Mulgrave Street after emergency services were alerted to a blaze near the M7 motorway.

The alarm was raised shortly after 11pm and crews remained at the scene – between Junction 28 (Ballysimon)  and Junction 29 (Castletroy) for almost an hour.

In another incident, one unit of Limerick Fire and Rescue attended the scene of a gorse fire at Knockbrack West, Lisnagry in the early hours of this Sunday morning.

In that case, the alarm was raised at 3.50am and the fire was put out less than half an hour later.

Because of the current drought conditions, there have been a number of gorse fires in Limerick in recent weeks which have required the attendance of fire crews from across the city and county.

Despite some localised rainfall in recent days, the Department of Agriculture, Food and the Marine is warning that a “High Fire Risk remains in all areas where hazardous fuels exist”.

The status orange alert remains in place until midday on Wednesday (July 25).