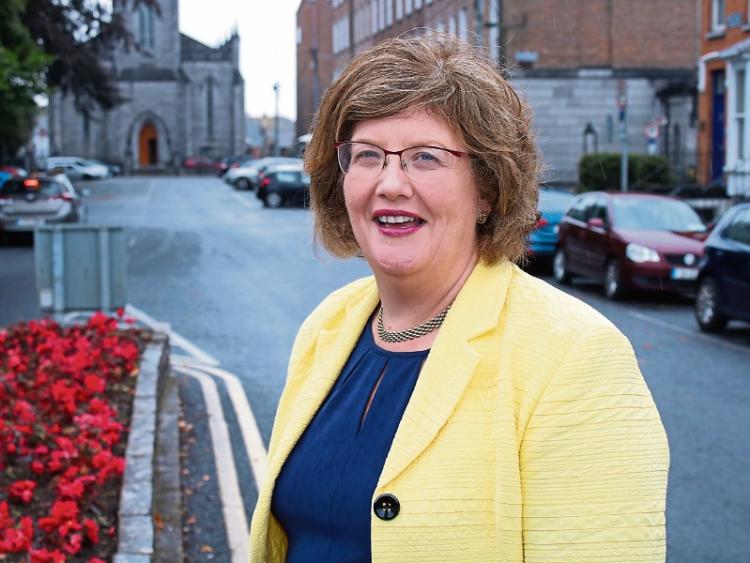 Maria Byrne is the only female senator in Limerick

SENATOR Maria Byrne has hit out at an article published in The Leader focusing on the lack of female Fianna Fail and Fine Gael TDs in Limerick.

More than €134,000 was spent by political parties in promoting women in politics.

There have only been two female TDs to ever represent Limerick; Labour’s Jan O’Sullivan, and Kathleen O’Callaghan, who represented Sinn Fein from 1921 to 1923.

In a public statement, Sen Byrne criticised the Leader headline "No female FF or FG voice despite spend", calling it “misleading and disingenuous as to how Limerick is represented at national politics”.

Sen Maria Byrne is the only female senator in Limerick.

“I represent Limerick every day in the Oireachtas in Leinster House so our region, and the people I proudly serve, certainly have a voice when it comes to key discussions and decisions for Limerick.

“So too for that matter, Limerick and the Fine Gael party – which have vastly improved the fortunes of the Mid-West region since 2011 and away from the dark depressing days – certainly have a female voice here in Limerick when it is called needed,” Sen Byrne said.

She added: “I can’t speak for any other party but Fine Gael in Limerick city is running a gender balanced ticket for the next General Election - myself and Senator Kieran O’Donnell. Fine Gael in Government has done more than any other party before it in terms of gender equality in politics. Fine Gael introduced gender quotas, cutting funding to political parties if they failed to run at least 30% women candidates at the general election.

“We have the most female members of any political party and are committed to increasing that. More than half of the Fine Gael women who serve in the Dail are Government Ministers. Show me another party that can display such a predominant role when it comes to the advancing the role that women play in Irish politics at the highest level.”

The former Mayor of Limerick said that Fine Gael can do more to include women in politics, and is calling for a more balanced representation in the Dail.

“Since my election to Seanad Éireann, I have been a strong voice for Limerick. I have always advocated for ensuring the continued economic growth of Limerick and the Mid-West region.”

Sen Byrne concluded: “But the best result for Limerick doesn’t come from the gender of a politician. They come from the characteristics, interests and workload of that politician – no matter the age or sex. I look forward to continuing my work for Limerick and continuing to deliver results that bring real prosperous change for my home city and county.”

Fine Gael spent €50,098 on promoting women in politics in 2017, more than any other party’s expenditure.

So far, three women are to run for general election in Limerick; Sen Maria Byrne, Deputy Jan O’Sullivan and Sarah Jane Hennelly, all for the Limerick City constituency. The date for this election has yet to be announced.