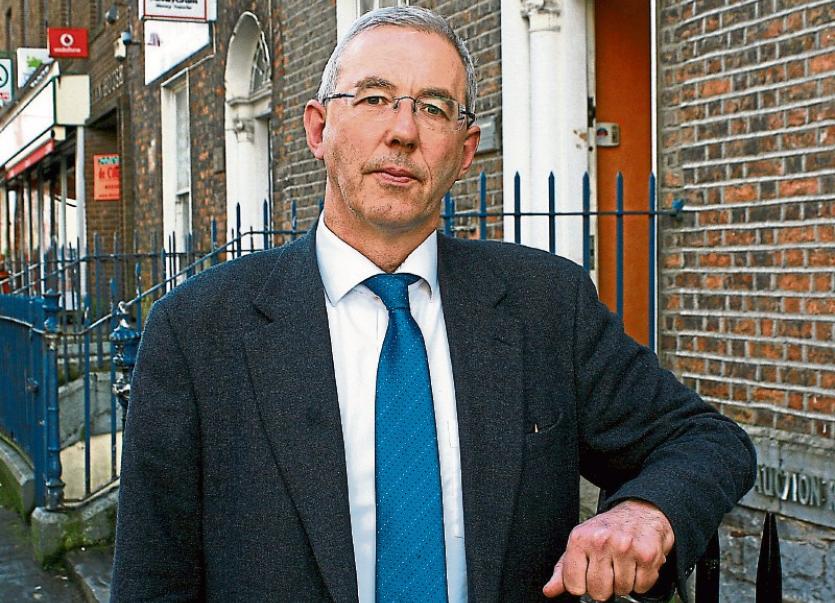 A BANK’S effort to repossess the house of a woman in Limerick has been described as “scandalous, inhuman and an evil state of affairs”.

She ended up in Croom Hospital after an “extremely serious accident,” and contacted the bank to explain her situation and vowed to repay the money owed. She is incapacitated on ongoing basis.

But last week the Bank of Ireland brought an application at the Repossession Court to have the house repossessed, which was vehemently opposed by her solicitor, Ger O’Neill.

“In January 2016 this poor lady had a horrific accident. She suffered injuries to her back; her neck; her ribs; her knees and her shoulders. She has attended three orthopaedic surgeons, one pain specialist and numerous other medical specialists. She spent five weeks in Croom Hospital on traction. She has on-going severe debilitating pain. She can’t walk and stand only for short periods. She has had numerous falls when her leg would give way and she is very worried about this happening again,” explained Mr O’Neill.

Bank of Ireland was informed of her injuries and notified that she could not make her  full mortgage repayments because of her medical condition.

The bank was also informed that as soon as she was fit her payments would resume.

Her reduced repayments are €200 per month, which she still pays.

During her hospitalisation and recovery she missed five months of repayments.

The bank knew her reasons for non-payment was severe ill-health, said the solicitor.

The Bank was also informed that the mortgage would be paid off in full as soon as this lady’s personal injury High Court case concluded.

It is expected to be successful.

“Nonetheless, the Bank in what could only be described as a cynical, malicious and frankly evil move attempted to repossess her house on July 10,” said the solicitor Mr O’Neill.

“The effect of this would be to put her and a young child out on the road so that the bank could recover €16,000,” he claimed.

“This is a sum that the bank would have no risk of losing in the future as there is obviously huge equity and finance in the property.

“It is not right that any person should be put through this torment. It is a disgraceful attitude on behalf of the bank and should be exposed.

“The Bank’s attitude is quite simply ‘we want our money’. The people of Limerick deserve to know what banks get up to,” explained Mr O’Neill.

“If they repossessed the property, they would then logically seek to sell the house, take back their €16,000.00 plus of course court expenses and pay her the balance. This is a scandalous, inhuman and evil state of affairs.

“Banks must be exposed and their conduct must be shown to the Irish people,” added Mr O’ Neill.

Mr Patrick Wallace, the County Registrar, did not grant the bank the Order and the case was adjourned.

A solicitor for the bank, at the sitting, said that their instructions were to seek repossession as payments were not up to date.