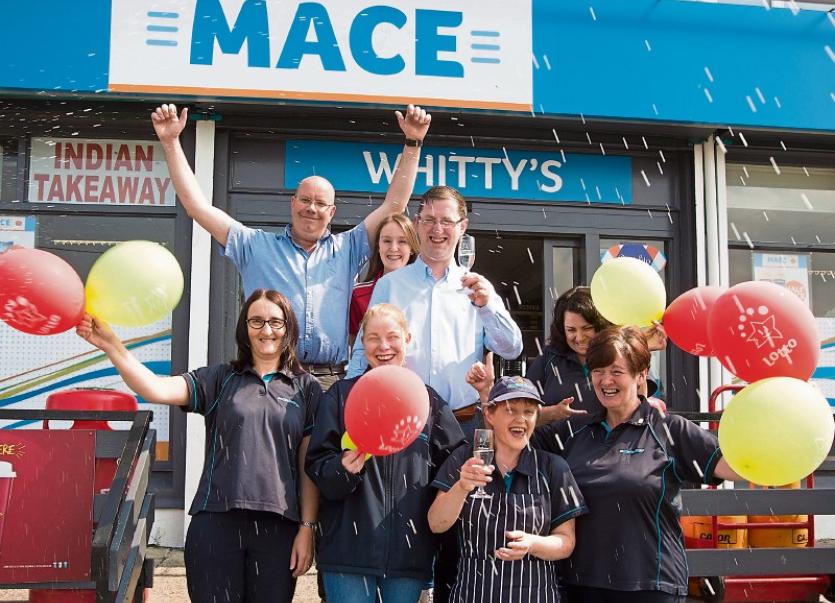 MYSTERY still surrounds the identity of Limerick’s latest Lotto millionaire after the winning ticket for the weekend draw was sold in the city.

However, the National Lottery has confirmed the holder of the winning ticket - a Quick Pick which was sold at Whitty’s Mace, Caherdavin on Saturday - has made contact.

"We can confirm that just this (Tuesday) evening we have been contacted by the ticketholder and arrangements are being made for the claim to be made in the coming days."

No further details relating to the ticketholder, who is €4,325,656 richer, have been released and it is not known if the holder is an individual or part of a syndicate.

Meanwhile, DJ Whitty, owner of Whitty’s Mace, says he’s delighted to have sold the winning ticket and hopes the winner is local.

“It’s all local trade we have here so we hope it’s a local person. It’s great for the local area and more than likely it is a local person,” he told The Limerick Leader.

“People are delighted, we are 21 years here and we get a lot of support and it means a lot to us that someone local won it – it’s brilliant,” he added saying the speculation as to the winner’s identity was “like a guessing game”.

While a winning Lotto ticket was previously sold at Whitty’s Mace, the €2.2m jackpot was shared by ten winners across the country.

Michelle Coughlan, who works at Whitty’s Mace, says the store has been ‘buzzing’ since news of Saturday’s win emerged.

“It’s so nice for the community to have something like this and everyone is looking forward to seeing who has the ticket. Everyone is coming up with their tickets and checking to see did they win the €4.3 million,” she said.

One customer who arrived at the store on Sunday morning joked he had “lost my ticket” and was checking to see if it had been handed in while another customer, Pat kelly, said if she had won the jackpot she would keep it a secret.

“It’s marvellous, I think it’s brilliant. I’m delighted and it gives a great boost to the area but I if I did win it I wouldn’t tell anyone,” she said.

Prior to Saturday, the last winning Lotto ticket in Limerick was sold at the GPO, Cecil Street in November 2017.

The winner, who collected the €5.8m jackpot a number days later, said the realisation of winning was "like an out-of-body experience".

The number of Lotto winners in Limerick has now hit sixty and according to the National Lotto the total jackpot winnings stands at €78,722,887.