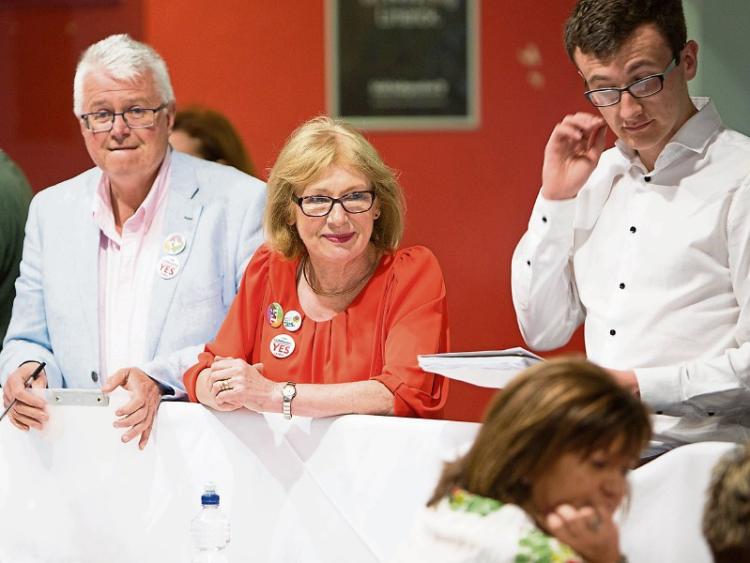 THE RESULTS of the abortion referendum in Limerick represent a “rejection of hypocrisy,” according to Labour’s Jan O’Sullivan.

Limerick has voted by a significant majority to repeal the eighth amendment, with the abortion referendum carrying across the city and county with 66.8% in favour of repeal.

“I am feeling very emotional today, because I was there in 1983 and the atmosphere was so incredibly different then,” Deputy O’Sullivan said.

“Ireland was the kind of place where if you were at that stage against the amendment so in other words putting article 43.3 into the Constitution, you were somehow considered to be almost a pariah.”

“You were going totally against the spirit of Ireland, whereas now you are totally different,” she added.

In Monaleen, an average of 74.7% in favour of repeal was recorded in boxes collected from polling stations.

In Gaelscoil Chaladh an Treoigh, in Castletroy, an average of 73% in favour of repealing the eighth amendment was recorded during tallies, with one box recording a 77.8% Yes majority.

In County Limerick, tallies for Adare and Caherconlish both showed majority votes, at 62% and 66.55% retrospectively.

“I think what’s different really is that people are thinking for themselves; they are not willing to be told how to think anymore,” Ms O’Sullivan said.

“I think people are also rejecting hypocrisy, they know what the reality is; they know women have been going to England in their thousands and making difficult personal decisions, basically the majority have decided we want an honest Ireland, we want a caring Ireland and we want a compassionate Ireland.”

“I just feel very happy that I now live in the kind of Ireland that I want to live in.”