Final Shannon Airport Runway Run to take off next month 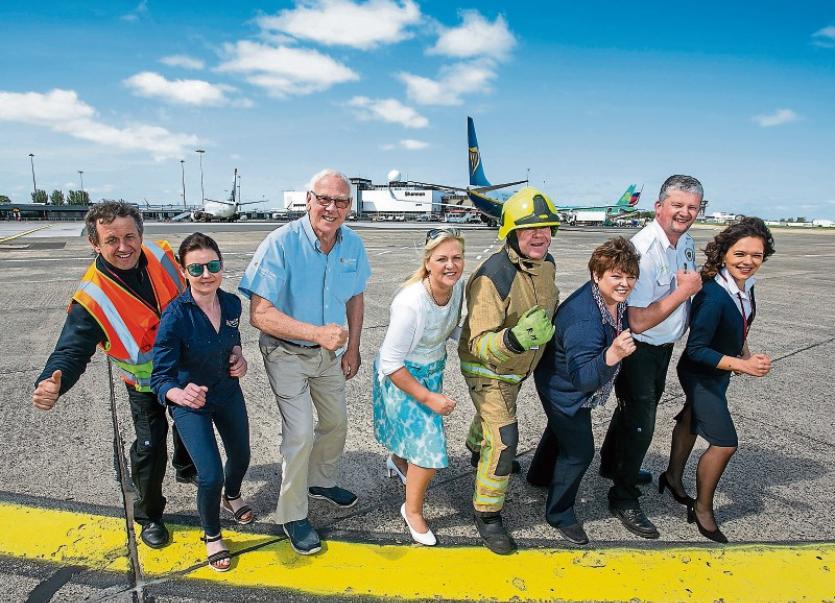 Up to 2,000 runners are expected to participate in the country’s favourite Runway Run as Shannon Airport has confirmed it is to stage the event again this year.

Midnight on Friday, June 22 has been pencilled into the diary for what is likely to be the final Runway Run at Shannon, five years after it held the very first event of its kind in Ireland.

This year’s run is an opportunity for all those for have participated in previous years and also those running the event for the first time to run on the newly refurbished runway surface.

*Just Launched*
The last Runway Night Run in the series returns to Shannon Airport at 11.59 on 22nd June.

Up to 1,800 participants are set to go to the line in an event that will raise vital funds for Shannon Group’s two designated and worthy charities for 2018 –  Clare Crusaders and Share A Dream.

This year’s event will be a fitting finale to the series, though Shannon’s Airport Operations Director Niall Maloney is not ruling out a potential return of the event in the years ahead.

“When we started the Runway Run we never thought that it could become as successful as it is and certainly did not foresee doing it five years in a row. We like to try new things at Shannon and next year we will have something else to offer, but we are putting on the run one more time, with Friday night, June 22nd set for this year’s event,” he said.

“There has been fantastic interest in the event in the past and there are still many people out there who haven’t had the chance to run it but who would love to, and so this is their chance.  Events like these are complex to arrange and couldn’t happen without the support of the airport volunteers who give of their time to organise the event, which is very much appreciated. We are expecting many of the people who have ran in the event over previous years to be back again to experience the new surface so we should have a big attendance,” he added.

The event proved an instant hit when it was launched in 2014, with participants from varied levels of fitness intrigued by the novelty of taking on the midnight run on what have been balmy summers’ nights.

In four years, over six thousand pairs of shoes have crossed the line with over €100,000 being raised for charities through an event that drew participants from all corners of the country.

Links for online entry can be found on both the Shannon Airport web and Facebook sites or alternatively on the www.eventmaster.ie  website.