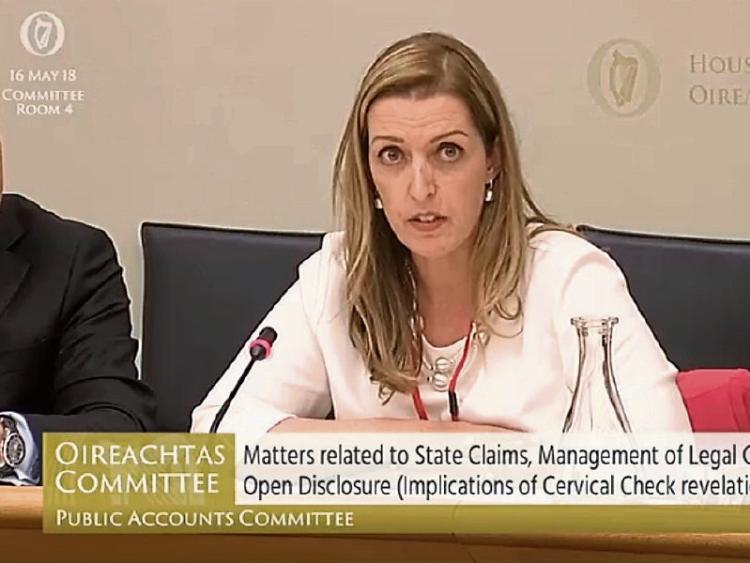 Vicky Phelan speaking during the meeting of the Public Accounts Committee

VICKY Phelan, the Limerick woman whose High Court case sparked the Cervical Check controversy, has told an Oireachtas committee she does not want her death to be in vain.

The 43-year-old from Annaccotty made her comments at a meeting of the Public Accounts Committee this Wednesday evening.

The mother-of-two, who was diagnosed with terminal cancer in January, told the committee that while she intends fighting the disease she does not believe she will die. She wants action taken to ensure what happened to her does not happen to anybody else.

“The big thing for me is patient safety. I’m not interested in any kind of revenge, that’s not what I’m here for. I do want to see accountability and I would like to see a legacy – a legacy that this will  never happen again to any woman, man or child in this country because this is not just a woman issue.

"This is affecting men and children who are without their mothers and their wives. I never want to see this happen again,” said Ms Phelan, who was accompanied by her solicitor Cian O’Carroll throughout the hearing.

Deputy Sean Fleming said the evidence of Ms Phelan and that of Stephen Teap, whose wife died from cancer, was important.

“We want to ensure that the number of women and their families that were directly impacted are treated rightly especially in relation to access to information,” he said adding, that their evidence would be of assistance to the committee in relation to Open Discloure.

Earlier on Wednesday, the most senior civil servant in the Department of Health defended the decision not to tell the Minister for Health that women were being informed that their smear tests had resulted in a false negative.

Jim Breslin told the Oireachtas Joint Committee on Health that a judgement was made that the problem “wasn't of sufficient scale” and was being dealt with in an appropriate fashion that it did not need to be escalated.