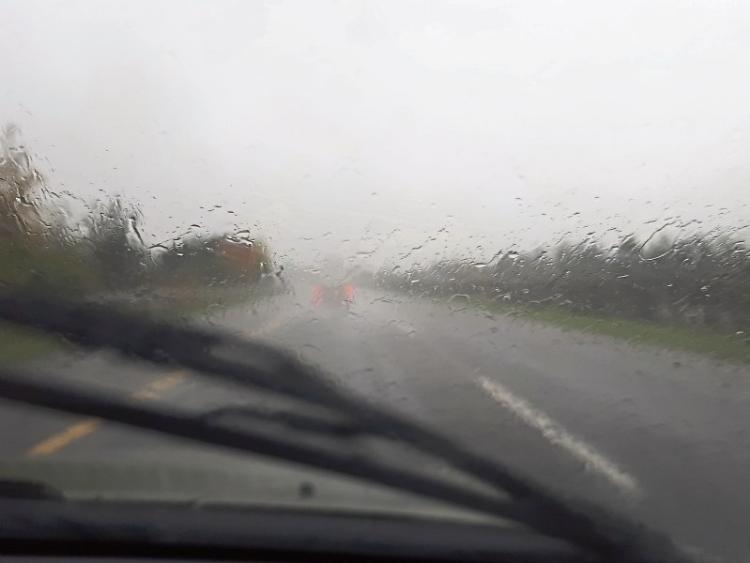 Motorists are being urged to exercise caution

Gardai and the Road Safety Authority are appealing to road users exercise caution as a number of weather warnings are due to remain in effect overnight.

Met Éireann has issued a number of status yellow weather alerts – warning of heavy rainfall and strong winds across the country.

A national warning which remains in place until 6am on Tuesday states: “South to southeast winds will reach mean speeds between 50 and 65km/h with gusts between 80 and 110km/h.”

Continuing windy tonight with strong to gale force southerly winds persisting. Heavy rain also, with a risk of local flooding. However later in the night the rain will clear to scattered showers, over the western half of the country. Mild with lowest temperatures 7 to 10 degrees pic.twitter.com/3ydtZ5z7eL

While there is no specific warning for Limerick, Clare, Cork, Kerry and Tipperary are all the subject of status yellow warnings.

Met Éireann says there could be up to 50mm of rainwall in places with a risk of localised flooding.