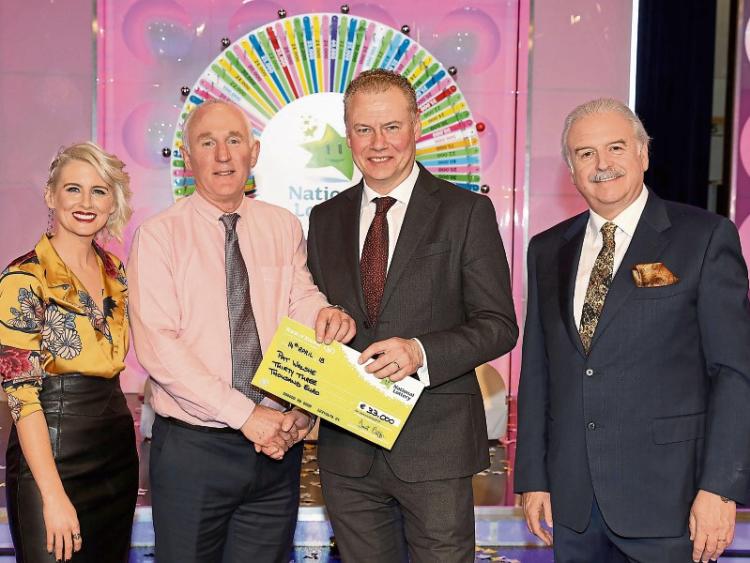 A LIMERICK carpenter who has a passion for cycling carved his way to a cool €33,000 during an appearance on the Winning Streak TV game show.

Amateur cyclist Pat Joe Walshe from Abbeyfeale was delighted after winning the tidy sum on Saturday night’s programme which was broadcast on RTÉ One television.

Afterwards he explained how he ended up on the show.

It all started with his wife Anne winning €55 on the Lotto at the end of March. As she was collecting her winnings she bought three Winning Streak scratch cards and gave one to Pat, one to her son, Sean and kept one for herself.

Sean won €10 on his and bought three more - again one for each. It was this lucky scratch card that got Pat his three stars, and his chance to appear on the National Lottery show.

Pat (52) has been married to Anne for the past 28 years. They have two sons: Sean (27) and Paudie (25). He comes from a huge family boasting seven siblings, two brothers and five sisters.

A self-employed carpenter he has been working for himself for the past 11 years but has more than 30 years of experience behind him.

When not working, one of his interests is cycling. Whether alone or with Paudie, he loves to get out for a few hours and cycle through the Black Valleys of Killarney, not too far from Abbeyfeale.

A total of €144,000 was won on Saturday’s show which also featured players from Offaly, Kerry and Cork.