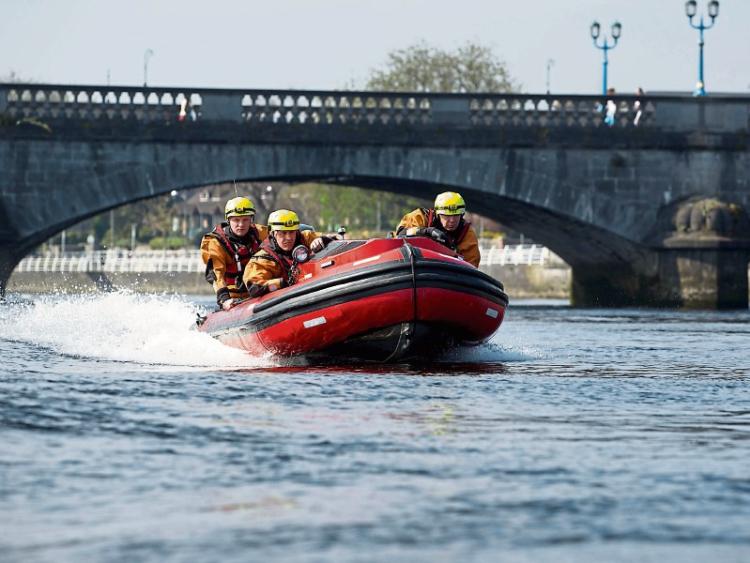 SEARCHES are continuing this Monday morning for a man seen entering the water in Limerick city overnight.

The emergency services – including Limerick City Fire and Rescue Service – were alerted to Thomond Bridge in the city at around 1.45am on Monday morning, with a report that a man, believed to be in his early 30s, was seen entering the water.

Three units of the service attended the scene and, within four minutes of receiving the call, rescue boat FireSwift was lauched, with three swiftwater rescue technicians on board.

An extensive search was launched involving the fire service, gardai, paramedics and the coast guard, including the Rescue 115 helicopter.

The search continued for over two hours, but was stood down when the person was not located, but was due to resume this morning.