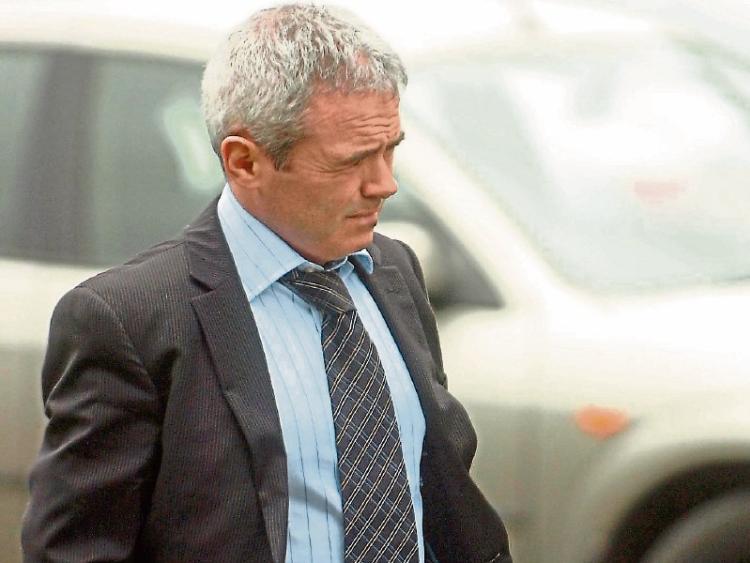 Solicitor Darach McCarthy: Client is “not well in himself”

A MOTORIST who pleaded guilty to multiple road traffic offences was sentenced to fifteen months’ imprisonment and disqualified for 25 years, writes David Hurley.

Limerick District Court was told Martin Casey, aged 32, of Caislean Na hAbhann, Castletroy was caught driving while disqualified on several different dates during 2014 and 2015. He was not insured and did not have a driving licence.

Sergeant Donal Cronin said on one occasion, the defendant was driving a 11OY-registered Hyundai ix35 which left the scene of a minor road accident on Mulgrave Street.

Casey, who has more than 100 previous convictions, was located by gardai a short time later while traveling as a passenger in another car.

Sgt Cronin told the court the Hyundai, which was involved in the earlier collision, was never located by gardai.

Judge Mary Larkin was told Casey was observed on various dates driving a number of other vehicles at different locations in the city despite having been disqualified for eight years in 2013 after he was convicted of driving with disqualified.

Because the defendant was disqualified, he was not insured on any of the occasions he was observed driving.

Solicitor Darach McCarthy said his client, who is married with three children, “is not well in himself” and he said at all times he had driven for family reasons.

He was doing his fatherly duty,” he said pointing out that all of the detections were made at reasonable times of the day.

He said Mr Casey “has a disregard for himself” and that his mental health is in a fragile state.

He said his client, who has been experiencing marital difficulties in recent times, is apologetic and realises his actions are not acceptable.

Imposing sentence, Judge Mary Larkin commented the defendant had shown a total disregard for road traffic legislation and she said a custodial sentence was warranted in the circumstances.

She imposed a number of consecutive prison sentences, totaling fifteen months and she disqualified him from driving for 25 years.

Following a request from Mr McCarthy, the judge said she was not prepared to suspend any portion of the sentence.

However, she set recognicence of €600 and approved the defendant’s mother as independent surety in the event of an appeal being lodged.

A number of other charges, including one for a theft matter were taken into consideration by the court.