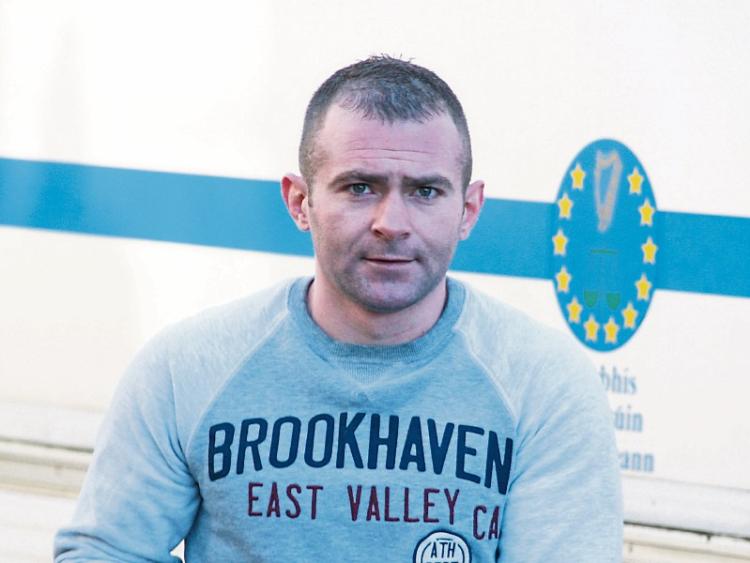 A LIMERICK city man who broke into a house in Fedamore while going “for a spin” with friends was, this week, sentenced to six months’ imprisonment.

Niall Carey, aged 28, of Hyde Road, Prospect, pleaded guilty to a number of charges relating to an incident in the early hours of July 30, last.

Sergeant Donal Cronin told Limerick District Court gardai were alerted to a possible burglary at a house at Arywee, Carnane, Fedamore, at around 5.10am and that on arrival at the scene they observed the defendant inside the house.

Carey, the court heard, jumped out the window of an upstairs bedroom in an effort to escape.

However, he was arrested a short time later while trespassing on the curtilage of a local pub.

Judge Mary Larkin was told the house was not occupied on the night and that several items which were taken from the property were located inside a car which was parked outside.

Solicitor Kate Fanning said her client, who has 37 previous convictions, has abused “street tablets” in the past but is now clean as he has been in custody for several months.

She said he was drinking heavily and taking tablets on the night and after meeting with friends went for a spin and “ended up in the house”.

She said Carey was out of his mind and could not be interviewed by gardai for several hours following his arrest – such was his level of intoxication.

It was accepted by Sgt Cronin that the house was not specifically targeted by the culprits and that it was a “random hit”.

Ms Fanning said her client recently became a father for the first time and that he hopes to enter a residential treatment program when released from prison so he can be part of his daughter’s life.  “He knows he has to straighten himself out,” she said.

Imposing sentence, Judge Larkin commented the defendant has a “particularly bad history” but she noted that he is attending a counsellor in prison and is “beginning to see the light”.

She imposed a six month prison sentence, which she ordered be served consecutively to a separate eight month sentence, which was imposed in early December for another theft matter.

A trespass charge and a minor drugs charge were taken into consideration.

Two other men from the city remain before the courts in relation to the burglary.