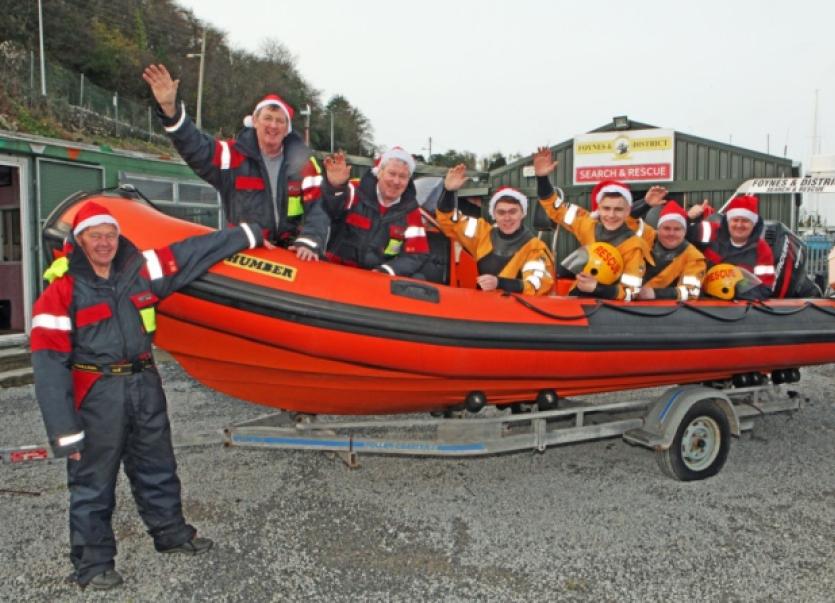 Six years after it was set up, Foynes and District Search and Rescue has gone from strength to strength. In the past year alone, the members took delivery of a new boat – their third – as well as carrying out extensive work on their boathouse and yard.

Six years after it was set up, Foynes and District Search and Rescue has gone from strength to strength. In the past year alone, the members took delivery of a new boat – their third – as well as carrying out extensive work on their boathouse and yard.

The group has also been putting its expertise to good use, having taken part in several search and rescue operations on the estuary in that time.

According to Oliver Moran, a director and founding member of the organisation, it’s all thanks to the support of the people and businesses in Foynes and the surrounding communities via church gate collections and donation boxes. Their neighbours on the Clare side of the estuary have also been very generous in their support.

“The encouragement we get from people is more important than financial support - that’s what keeps you at it,” said Mr Moran.

Foynes and District Search and Rescue cover a large area of the Shannon Estuary, from Ringmoylan pier down as far as Glin, on both sides of the estuary.

There are currently 12 volunteers – 11 men and one woman. Many have been there from the start, but others have joined in more recent years.

The two youngest members at present are Harley Moloney from Pallaskenry and Cian Haddock from Askeaton, both 17.

Cian says his main motivation for getting involved was to enhance the safety of those using the estuary.

“I was already involved in watersports. I like to think that if something happened to me that there would be someone there to help me. That gives me confidence,” he said.

Oliver Moran says new recruits are always welcome. As well as helping provide a vital, sometimes life-saving service, volunteers are trained in the use of all the equipment.

“They get first aid training, they get powerboat training, training to use the VHF radios,” he explained.

The group meet every Wednesday evening at 7pm and anyone interested in getting involved is invited to come along, meet the crew and discuss what’s involved.

To support their vital work, Foynes and District Search and Rescue will be having a fundraising draw on December 19 in the Foynes Inn. First prize is a corporate box ticket for two to the sold-out Munster-Leinster rugby match in Thomond Park on December 27.

There are about other 25 prizes on offer in total, many donated by local businesses, including fuel, hampers and other goodies. Tickets will be on sale in shops throughout the area or from any of the volunteers.