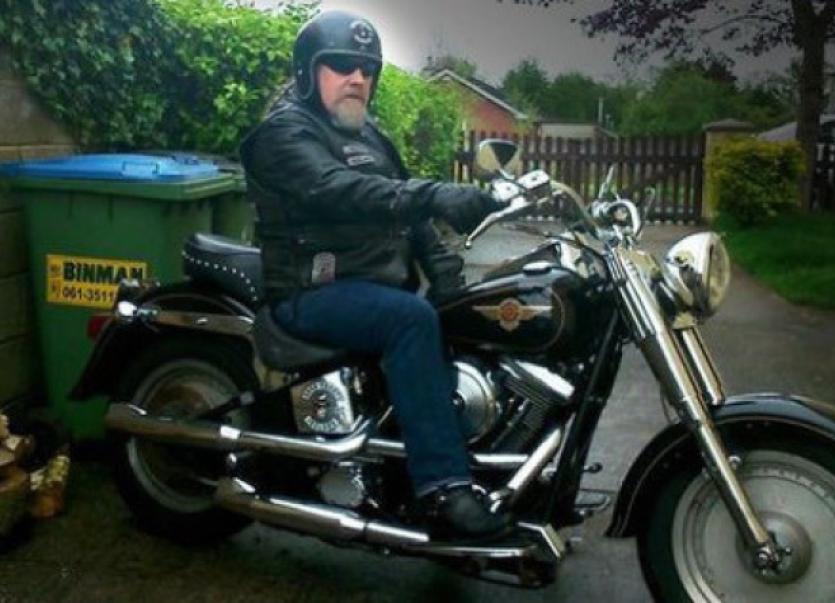 THE LOCAL and biker community has helped to raise around €6,000 for the partner of Andrew O’Donoghue, who was murdered in Murroe in June.

THE LOCAL and biker community has helped to raise around €6,000 for the partner of Andrew O’Donoghue, who was murdered in Murroe in June.

A bike run was organised before a benefit night in his memory at the Road Tramps motorcycle clubhouse. Catherine Danaher and Andrew, aged 51, were together for over 20 years and have one daughter Ava, aged 12.

“I miss him terribly. I miss him so much. We had an amazing relationship, he knew the real me,” said Catherine.

She described Andrew as her “rock” but the outpouring of goodwill in the parish of Murroe-Boher and from biker clubs has helped her since his death, she says.

It was a poignant night as Andrew was killed outside the clubhouse.

“It was very nice but at the same time I found it very sad. You could tell people missed him,” said Catherine.

Upto 170 bikes registered on the run. Catherine gave the Harley Davidson that she bought for Andrew to a motorcyclist so her late partner could be a part of it. Afterwards a huge crowd attended the function in the clubhouse.

“For the first time every MC club in Ireland – all the alliance – was represented and the Hells Angels too. One came from Wales the day before. There was no animosity, people came to celebrate his memory and a lot of people came for me too.

“I just couldn’t get over how many people were there – the parish priest, the monks from Glenstal and lots of locals. There was a biker club called Pagan Souls and one named The Devil’s Disciples and there was the priest in the middle of them,” said Catherine.

The €6,000 raised will help Catherine to spend money on repairs for the house and day to day living as Andrew always took care of it.

The generosity didn’t end on the night as Catherine was invited to Mass the following morning by the monks.

“They collected me and offered Glenstal to me if I wanted to spend time there. I went for a walk one day and when a group of monks heard I was there they all waited on the bridge for me,” said Catherine, who wished to thank everyone who organised and attended the bike run and benefit.

“So many have been so good – Mary and Pat Griffin fill up my freezer and drop over turf. The local butcher gave the meat for the night, Jodie Power kept the food going all night, the parish priest, monks, farmers gave their land for parking, everyone. It has been a real comfort,” said Catherine, who also wished to thank Newport College, where Ava is a student.