Limerick village on the up as new town park opens 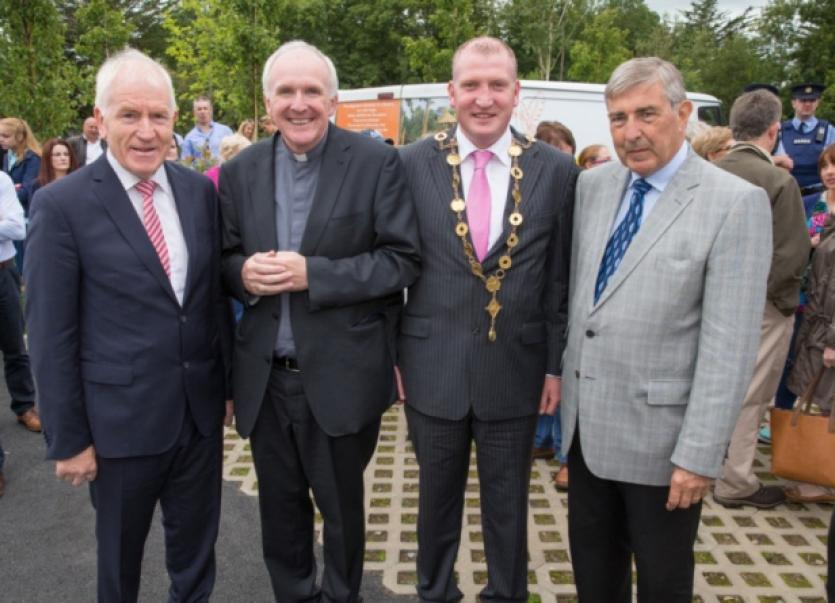 THE newly opened Croom Town Park and Civic Centre is one of the finest community developments in the country, according to a government minister.

THE newly opened Croom Town Park and Civic Centre is one of the finest community developments in the country, according to a government minister.

Located on 14 acres of parklands near the centre of the village, the facility, which cost almost €2m to develop, was officially opened by the Minister for Diaspora Affairs, Jimmy Deenihan, at the weekend.

In glorious sunshine, hundreds of people attended the official opening, which was followed by a party in the park – with attractions for people of all ages.

Prior to the opening ceremony, the Bishop of Limerick, Brendan Leahy, celebrated an open air Mass at the mass rock which is located near the historic well in what was known locally as the Well Meadow.

“As a politician, I have been involved in community developments over the last 30 years and, I must say, this is one of the finest developments I have seen. You should all be very proud of yourselves for the effort and commitment that you have put into what is something very special,” said Mr Deenihan. who joked there are concerns in Adare that too many people might now travel to Croom to use the new amenity.

The opening of the town park and civic centre was the culmination of eight years of work, which was spearheaded by the Croom Development Association, which acquired the lands from the Hederman family (family of Carmencita Hederman, former Lord Mayor of Dublin) for IR£20,000 back in 2000.

“It took a huge effort, it’s taken eight years to get this far. It’s lovely to see the end of it but there were a lot of lonely years and a lot of lonely months along the way,” said Denis Brosnan, the outgoing chairman of the development association.

The former CEO of the Kerry Group says following the recent refurbishment of the community hall and the opening of the Croom Enterprise centre in 2013, the future is bright for Croom.

“Two centuries back, three centuries back this [Croom] was the most vibrant town outside of the city area and hopefully we can restore it to that over the next decade or so,” he said.

The development of Croom Town Park and Civic Centre was funded through local fundraising with the support of the JP McManus charitable foundation and a number of statutory agencies.

“It’s a fantastic piece of architecture, the restaurant opens onto the park and the river and I would encourage anybody to come and visit it. I think it a template for other villages – particularly if they have good parklands or maybe riverscapes,” said Pat Daly, director of economic development and planning with Limerick City and County Council.

Other events over the weekend saw Mainister Drama Group stage a production of John B Keane’s Sive on Friday and on Sunday there was a dog show and a charity Duck Race.