Don’t Mind Me: ‘Is the points race leading to our scholarly decline?’ 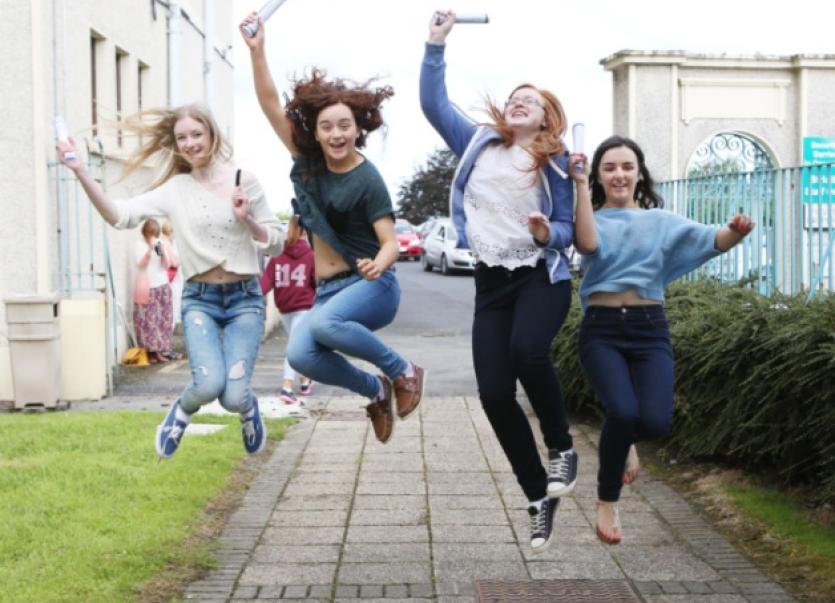 EDUCATION is taking over our lives. There’s no room anymore for creativity and if we don’t put some kind of a rein on this current obsession with college points, there won’t be a real self made man or woman left in the country in 50 years time. They’ll all be dripping with degrees and programmed to the hilt. Thank goodness I won’t be around because I’d surely be ranked among the sub species of 2065.

EDUCATION is taking over our lives. There’s no room anymore for creativity and if we don’t put some kind of a rein on this current obsession with college points, there won’t be a real self made man or woman left in the country in 50 years time. They’ll all be dripping with degrees and programmed to the hilt. Thank goodness I won’t be around because I’d surely be ranked among the sub species of 2065.

Of course, there is nothing at all wrong with being obsessed about education. It’s understandable, actually. The country which once had the gall to call itself the ‘island of saints and scholars’ was always more likely than others to develop an education addiction eventually. The trouble is that we have too narrow a concept of what education is all about. The wild enthusiasm displayed by the release of the Leaving Cert results over a week ago and the media frenzy surrounding the offer of college places on Monday had very little to do with learning for learning’s sake. It was more about finding the door to the most lucrative and prestigious positions life has to  offer.

We even have a phrase for it. It’s called ‘giving our children the best possible chance in life” and we’re hardly going to apologise for that.

But it has become something of a frenzy. Before we know it, the bookies will be offering odds on the highest scorers. The media may be fuelling the frenzy, but this year’s CAO points accurately reflected not only the changing economy, but also our attitude to education. Places demanding the highest points were all in areas where jobs are opening up again and where the future looks brighter. Big industry was present in wings sounding the cues in case we fluffed our lines in deference to the saints and scholars of old. I really don’t think that the monks who compiled the Book of Kells would have approved. But then, they weren’t averse to amassing the odd treasure trove of silver and gold either.

I have to admit, however, I was afflicted with the syndrome myself. Even though I prided myself with having a different view of the value of education, I had a practical side as well. I was utterly appalled when my youngest daughter announced after the Leaving Cert that she wanted to study the Classics in college. It never dawned on me at the time that the gods might have been testing me.

“Where are you going to get a job out of that?” I yelled. “How are you going to pay the bills with a Grecian urn?” If it were now, I’d probably be muttering other inanities under my breath about having learned nothing at all from the Greek debt. At the end of the day, the intrinsic value of learning is never quite as important to any of us as the potential it has to provide a good living in the future.

I was no different to anyone else. My priority for her was to get a well paid job out of her education and if she wanted to indulge her altruism and passion afterwards, at least she might be able to  afford it.

Despite my reservations however - and maybe because of them - my daughter did go on to study the Classics, and not only did she open her own mind to the lessons to be learned from the glories and tragedies of ancient Greece and Rome, but to my great surprise, she opened mine as well. I think I even got an education on the sly, but sadly no points. Before I knew it, I had, like Barrack Obama, become a big fan of Cicero’s rhetoric. If the gods will excuse me, I even called the cat ‘Terentia’, after the Roman orator’s wife.

I’d like to think that we had a healthier attitude to education in my own day, simply because it was far less competitive and in reality, was not even an option for most of us. Unfortunately, I think we were well hooked by then. The economy and the university were already working hand in hand, and although big business was not dictating openly it was certainly directing from the wings then too. The ‘Poor Scholar’ of the ’Forties who knew the Aeniad by heart, had become a figure of fun and we had no idea what he was doing ‘bending o’er the smouldering peat’.

Some young men and women who couldn’t afford to go to college were entering seminaries and convents in search of an education and to escape the harsh realities of rural life. An elderly relation, who visited us when I was young, asked me what I wanted to be when I grew up. “A genius,” I replied. “There’s no money in it,” she told me tersely. And a farmer who lived near us and who had always regarded education as a bit of a hindrance to his own occupation, was suddenly boasting to everyone who would listen, that his son, who never did a day’s work in his life, had started “ateing the books”.

We didn’t know it then, but we were on the verge of a revolution. But there’s no point now in telling anyone who might find it hard to keep up, that a high flying education isn’t for everyone and that it doesn’t really matter at the end of the day.

How are they ever going to get picked for the Rose of Tralee without it?