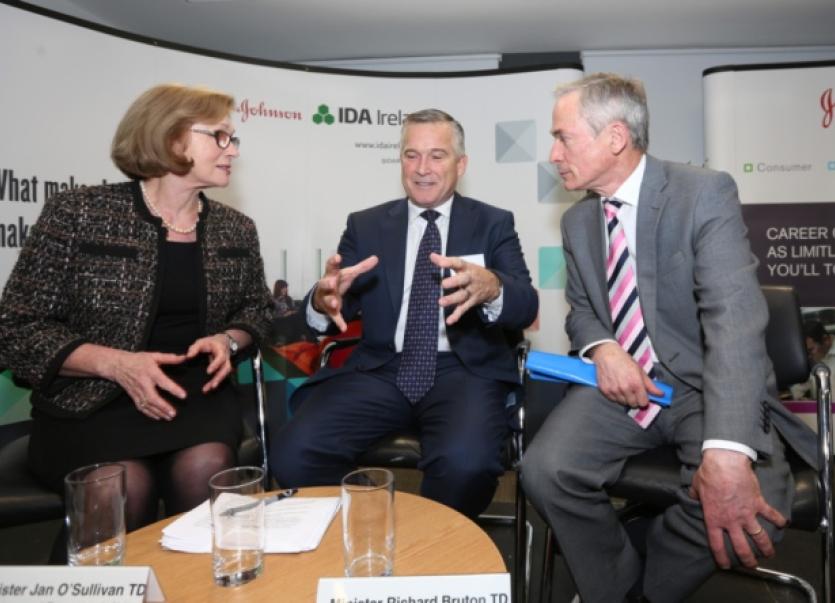 LIMERICK could be in line for another major boost with Johnson & Johnson understood to be planning to add 200 jobs to its ranks at the Vistakon facility in the National Technology Park.

LIMERICK could be in line for another major boost with Johnson & Johnson understood to be planning to add 200 jobs to its ranks at the Vistakon facility in the National Technology Park.

The company has sought planning permission to expand at the site, where it already employs 900 people. Reports have suggested that the company will seek to add a further 200 staff to its ranks over time, with support from IDA Ireland.

The expansion will seek to add nearly 80,000 sq feet to the existing facility, which is set on 32 acres in the NTP. The plans include space for extra staff car parking, a new entrance and internal roads.

In December, Steve Wrenn, vice-president of J&J’s global applications services, said he could see “no reason” why the company could not bring more jobs to Limerick.

He was speaking as the pharmaceutical giant announced 100 new jobs with the creation of a new development centre in the University of Limerick, its third major investment in Limerick after Vistakon and Ethicon.

Johnson & Johnson has already invested millions of euro in Limerick, employing 900 people at the contact lens manufacturer Vistakon and, in April last year, it announced plans to develop an €80m manufacturing facility for Ethicon Biosurgery.

Mr Wrenn in December said the footprint the company already had here was key in its decision to announce further investment.

“We came here a year ago for a leadership meeting, and we were so impressed with what they are doing. I stayed in touch with Barry (O’Sullivan, Vistakon manager) and it spawned this centre. It was the technology there, which started this,” he said.

Mr Wrenn played up the prospect of more jobs being created with Information Technology Shared Services, saying: “I see no reason if we get the stream of people we need to do great work, and with Johnson and Johnson being a growing company, that this site cannot grow along with it.”