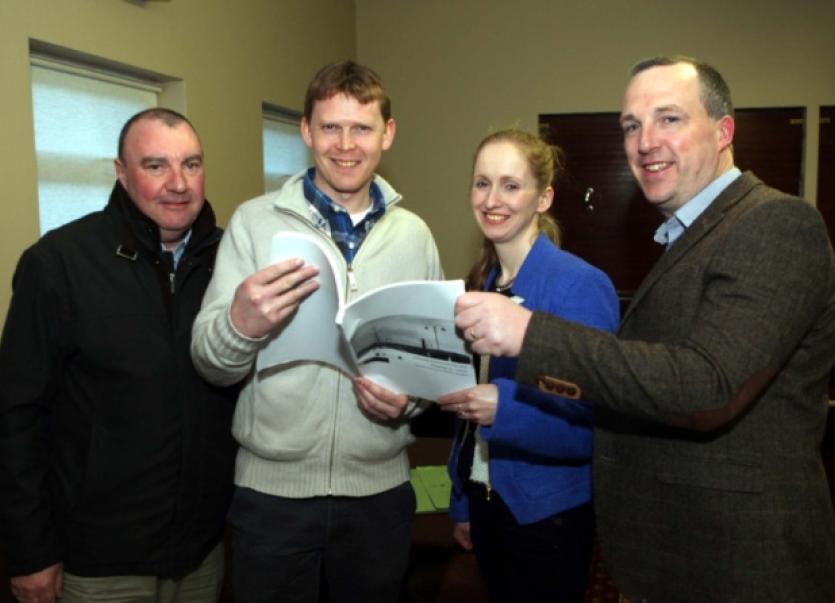 HOPES are high that a five-year plan of action to reboot Abbeyfeale as a social and economic centre will prove to be the springboard the town needs to fashion a new and more vibrant future.

HOPES are high that a five-year plan of action to reboot Abbeyfeale as a social and economic centre will prove to be the springboard the town needs to fashion a new and more vibrant future.

The draft plan, commissioned by the Abbeyfeale Community Development Association, was presented to the people of the town at a public meeting this Tuesday.

“We are very happy with the report,” the association’s secretary, Michael Lane said. “It is a very good plan and the plan was very well received.”

The next step, he said, would be to develop a structure to implement and drive the recommendations within the plan.

In drawing up the plan, Tralee-based consultant Tom O’Leary met with and consulted with groups and organisations within the town. He also accepted suggestions and points raised at a public consultation meeting.

The plan which he presented on Tuesday night, deals with three specific strategic themes, infrastructure, Tidy Towns and Tourism and Culture and is intended to be a blueprint for planned and sustainable development of Abbeyfeale.

One of the key elements in the plan deals with proposals on improving traffic management within the town. This has emerged as one of the single biggest problems within the town and has been repeatedly raised by local councillors who rejected a traffic plan drawn up by the National Roads Authority. “Generally people were very satisfied with the proposals,” Mr Lane said, although some additions are to be made to the final plan.

Other key recommendations include upgrading the town park with interpretative signage and creating a riverside walk linking the town to the town park; identifying ways to increase fish stocks in the Feale and promoting the town as an angling destination and developing a multi-purpose all-weather sports facility in the town catering for all sports organisations.

The plan also focuses on how the town’s rich music and cultural heritage can be harnessed for the benefit of locals but also as a tourist attraction. Devloping the Glórach Theatre as a cultural and arts centre and building on the success of the town’s festivals were the main areas for action. But the report also points to the potential to develop the town as a centre for outdoor pursuits such as walking and cycling, in conjunction with the Great Southern Trail, as well as riding and fishing.

With jobs a high priority in the town, the plan also makes recommendations for promoting enterprise through the development of incubation spaces for start-up businesses with dedicated spaces for craft and food-sector businesses.

How the plan is going to be implemented and who will drive it is also discussed by Mr O’Leay, And his recommendation is that the Abbeyfeale Community Development Association acts as an umbrella body, with a number of sub-groups dealing with the three main strands. Within that, various clubs and organisations have been identified to undertake specific projects.

A further public meeting to make this proposed structure a reality and to finalise the plan will take place shortly.

Meanwhile, the draft plan is available for review by emailing Tom O’Leary of O’Leary & Associates at tom@olatc.ie.