February 8 - A community that deserves to be protected 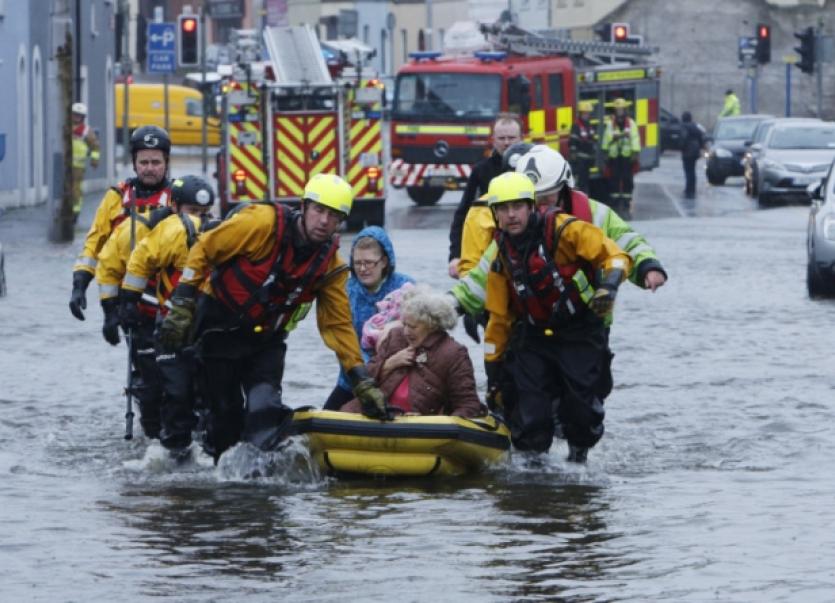 AROUND 300 locations in the country have been identified as serious flooding risks. Amid the biblical weather of recent days, that estimate – from the Draft Catchment Flood Risk Assessment and Management reports – will surprise nobody.

AROUND 300 locations in the country have been identified as serious flooding risks. Amid the biblical weather of recent days, that estimate – from the Draft Catchment Flood Risk Assessment and Management reports – will surprise nobody.

Undoubtedly, strong cases could be made for enhanced flood defences at all of these locations but for financial reasons that is unlikely to happen in our lifetimes. Thus, it becomes a matter of priorities.

Brian Hayes, the junior minister with responsibility for the Office of Public Works, was understandably cautious about making promises when he visited Limerick on Monday, in the aftermath of the worst flooding our city has known in living memory.

Despite that, Mr Hayes was profoundly affected by the dreadful scenes he witnessed, particularly in St Mary’s Park. It was, he said, the worst case of flooding he had seen since taking office. It should therefore go without saying that when Government funding is allocated, this devastated community should be right at the front of the queue.

The results yielded from an investment in modern flood defence technology could been seen last weekend in Foynes, a village that found itself deluged by flood waters only weeks ago.

It is up to every local authority – and indeed every local newspaper – to make the case for their own communities, but the traumatic events of last weekend in Limerick spoke for themselves. To misquote George Orwell, all flooded areas are equal, but some are more equal than others.

At a time of crisis, some are keen to identify people to blame, but in Limerick city last weekend – and throughout this week – it has been much easier to find heroes and heroines.

From the very beginning – from the first, frightening hours which left so many homes dreadfully damaged by the raging flood waters – a great many fine people stood up and were counted.

It would be unfair to single out people for special mention in this column, but the Leader has already highlighted the marvellous efforts of many and we are quite sure that when it comes to the Limerick Person of the Month Award for February, the community spirit that left many of us moved will receive due recognition.

From the emergency services to local authority employees, from community organisations to individuals just wanting to do right by their neighbours, countless good citizens tried to make a difference.

They succeeded wonderfully, but the terrible damage caused by the flooding has left so many residents counting the cost, both financial and emotional.

The parish of St Mary’s is steeped in history and folklore. The housing estate at St Mary’s Park was built in the early 1930 at one of the finest locations in the city. It is home to some of our finest, most decent people. Rarely, if ever, can this long-standing community have faced such an ordeal and there is a long way to go before life gets back to what it was.

As several members of the community have noted in our pages this week, they are not looking for anything other than what they have already lost. We hope that Mr Hayes will recognise that their cause is just.

We know that the people of Limerick will continue to rally round those affected by these traumatic events.