Brother of injured jockey JT thanks Limerick people for support 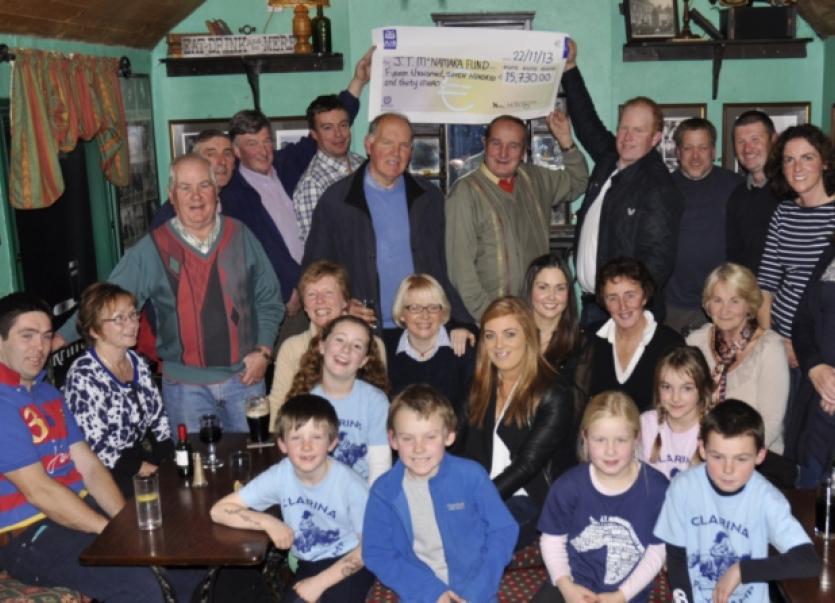 THE brother of injured Limerick jockey JT McNamara says his family want to thank the people of Limerick “from the bottom of our hearts” for the support they have shown to the family in recent months.

THE brother of injured Limerick jockey JT McNamara says his family want to thank the people of Limerick “from the bottom of our hearts” for the support they have shown to the family in recent months.

Aongus McNamara said his brother is being kept up-to-date on all the various events taking place locally and is very “upbeat”.

“He is in good spirits and is coming on well. He is working hard. He is up-to-date on everything that is going on. If you tell him any news, he says ‘I knew that already’,” smiled Aongus who visited his brother at the North West Regional Spinal Injuries Centre in Merseyside last week.

Aongus described the support from the racing fraternity and wider community, as “phenomenal”.

“From the bottom of our hearts, we really appreciate it,” said the Croom man.

JT is enjoying regular visits from his family and wide circle of friends including well-known faces from the race track.

Champion jockey, AP McCoy, visited JT last week. “He has been very good to him,” said Aongus. “He has visited him a good few times, and Jonjo O’Neill.

“People call to see him as much as they can. The support has just been unreal. On behalf of all the McNamara family we would like to say thanks. The support has been phenomenal to be quite honest.”

Among the numerous events that have taken place in recent times in aid of JT was a charity ride and auction organised by Clarina Equestrian Centre which Aongus and his daughter, Ella, took part in.

The event which took place on November 3 was “a huge success” with over 100 riders participating, raising €15,730 for the JT McNamara Fund.

A cheque presentation was made to the McNamara family at De Bucket Bar in Clarina last Friday night. “JT made a day very special for me when he rode my first winner of a point-to-point,” explained Mary McCarthy, owner of Clarina Equestrian Centre who spearheaded the fundraising endeavour.

“I felt it was now my turn to help and do something for him so I decided that through the riding school we could organise a charity ride. All my pupils here in Clarina Equestrian Centre were more than willing to help out,” she said.

After the ride, those who took part continued on to O’Dea’s, De Bucket Bar for soup and sandwiches. Rosettes were presented to all participants. “Former Clare hurler, Niall Gilligan played a blinder as auctioneer. Topping the auction was the Shane Carey trip,” said Mary. Limerick-born international showjumper Shane Carey donated a week’s training with himself and Linnea Ericsson in their yard in Sweden.

“The signed Cian O’Connor helmet went to one of my pupils. A big favourite on the night was our specially designed JT Charity Ride t-shirts.

“We want to thank everyone who supported the event, everyone who donated to the auction and all the people who helped in any way to make this such a successful event,” Mary added.