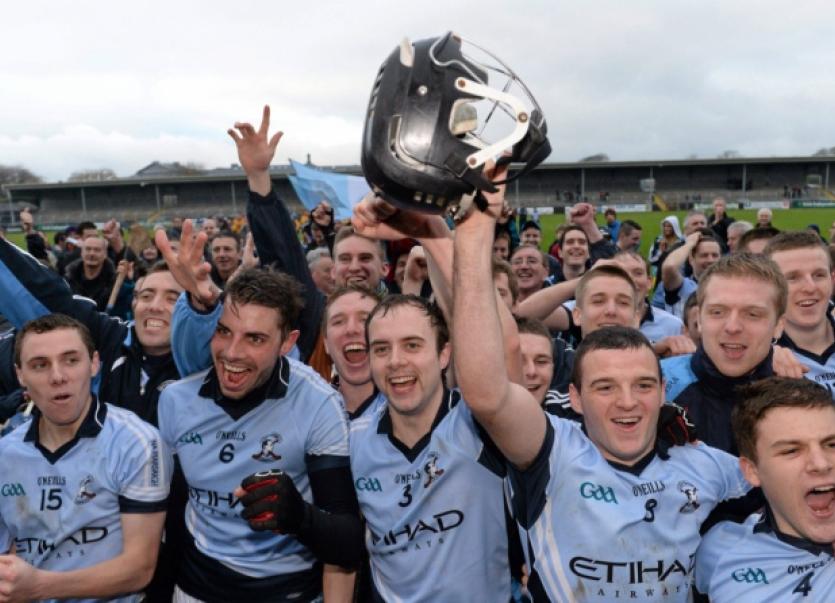 In his weekly Limerick Leader column, Martin Kiely praises the efforts of those involved with Na Piarsaigh.

In his weekly Limerick Leader column, Martin Kiely praises the efforts of those involved with Na Piarsaigh.

For the second time in the short history of the Na Piarsaigh GAA club they recorded possibly their finest victory in Cusack Park in Ennis last Sunday as they showed many qualities in winning their second Munster Club title against Sixmilebridge of Clare.

Many within and outside the club had expressed concerns about going to Ennis but it was to prove to be unfounded as the team displayed a ruthless streak that left the Clare champions playing catch up for the entire game.

This to me was the most complete performance I have seen from Na Piarsaigh at any stage. Many within this team have grown up and I liked the steely edge that has now become part of their game. They no longer wait for things to happen instead they go in search of possession and leave the opposing team in no doubt that they are here to battle.

From the very start of this Munster final Na Piarsaigh set the tone and once Kevin Downes scored a goal after forty nine seconds the foundation for victory was well and truly set. Sean Stack, himself one of finest players Sixmilebridge has produced, is the Na Piarsaigh manager and it must have been very difficult for him to play against his own, a club he gave so much to but knowing the DNA of each and every one of the Sixmilebridge team gave him and Na Piarsaigh a head start before a ball was struck in this contest.

Sean Stack has delivered hugely as manager of Na Piarsaigh and now with a second Munster title under his belt he will want this team to go all the way to Croke Park next March. Stack is never shy when it comes to setting targets, he is old style in his approach and everything that he does will most likely involve a hurley but for all the modern methods Stack still lives by old principles and few could argue given the level of success he has enjoyed with Na Piarsaigh and others.

It would have been easy for Stack to lose focus given his service and loyalty to his club Sixmilebridge but years of experience have taught him hard lessons and Na Piarsaigh were the real benefactors as he had the team really well prepared for this game.

I had seen Sixmilebridge in the Clare Final and winning that against Newmarket meant so much to them. They travelled a week later and beat the Cork champions and because of what this club has achieved in the past they went into this game with real hope but weeks on the road took its toll on the team.

I have written a few times this year about how the young players have made such a difference to Na Piarsaigh. The many years of non-stop working with the underage players is reaping reward and it has little sign of abating. Many within the Na Piarsaigh team have matured also, they are playing with a steely confidence but most of all they have well and truly lost the tag that they lacked the bottle under the jersey.

Na Piarsaigh stood up last Sunday and displayed a work rate that they can be very proud of and a continuation of this will see them very hard to beat in the remaining games of this championship.

Having had such a great start with the Downes’ goal Na Piarsaigh were well in control by the 20th minute as Dempsey, Dowling, Gleeson and a super point from Adrian Breen after the magnificent Cathal King delivery saw them lead 1-5 to just one point for Sixmilebridge.

The score line alone does not tell the story of Na Piarsaigh dominance, they bossed this game and while Sixmilebridge, through frees, improved somewhat they were still well off the pace at halftime and trailed by six points. Na Piarsaigh had the match ups sport on, it saw Cathal King pick up Niall Gilligan and by doing so not only did he win the duel he also displayed real quality in the way he played and also in the leadership he displayed. Others also played very well - Kieran Breen and Mike Casey were really solid while Pat Gleeson and Alan Dempsey were well on top around the centre.

We expected much more from Sixmilebridge in the second half but they never got the chance to express it because only 46 seconds had passed when Kevin Ryan managed to flick to the net after Gleeson and Dowling had played key parts. That score was to inspire Ryan but it also ended the game as a contest as Na Piarsaigh moved into an even higher gear and Sixmilebridge on the day could do nothing to halt them.

To their credit Sixmilebridge never stopped working and gave a real honest effort but the margin was too great and it allowed Na Piarsaigh express themselves and that they did with some real effect. They powered to victory and many players played really well, I have said for many years that the best place to play David Breen is in defence and how long more do we have to wait for the Limerick management to see it.

I thought William O’Donoghue had a very good game, I like this lad and I think he has the ability to play at a higher level. Yes, it will take him time to adjust to it, but he deserves the chance to develop within a panel and I feel he has the legs and balance to make a real contribution.

The big difference between Na Piarsaigh now and other years is that they are playing as a team. They are working for each other and while it has taken a while for this element of their game to come to the fore it now makes them serious contenders for the All Ireland Club title.

They will play the Galway champions Portumna in the semi final but for now they can enjoy a superb victory. The Na Piarsaigh club is leading the way in Limerick in many ways and this latest win is great for the players involved but they must never forget the people who brought them through at underage and the people who had the foresight to develop the club in the first place.

With many more young players coming through the future looks very good for this club. Ronan Lynch is set to join up with the panel and that will add further strength to the team. It was an emotional win for Sean Stack at the end of the game but his hours of doing the simple things well were rewarded in this latest win.