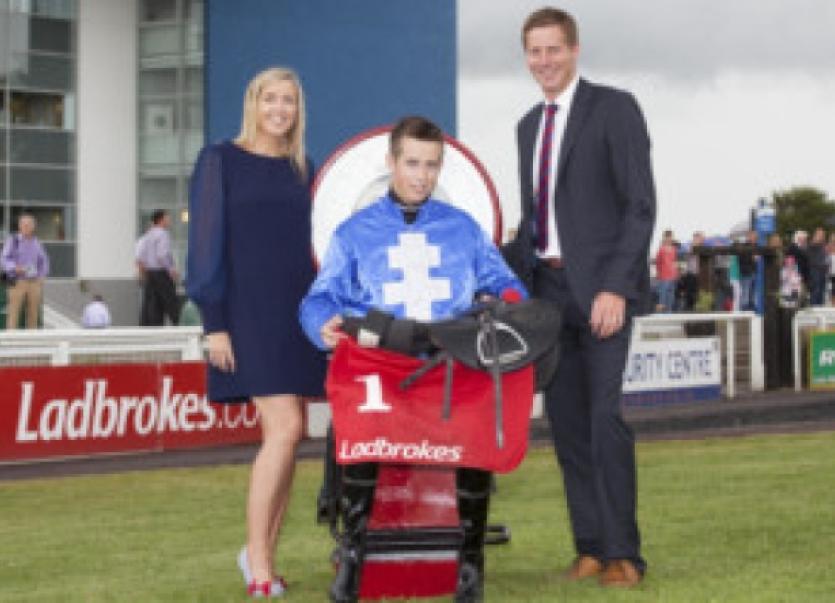 Limerick Racecourse have confirmed that next month’s Ladbrokes Munster National at Greenmount Park will boast an increased prizefund of €100,000.

Limerick Racecourse have confirmed that next month’s Ladbrokes Munster National at Greenmount Park will boast an increased prizefund of €100,000.

The race has been staged at Greenmount for the past 12 years.

The racing action will start at 2.05pm with seven national hunt races on the card to include the Fergus O´Toole Memorial Novice Hurdle (Grade 3) of €27,500 won last year by Zuzka and Ruby Walsh and the PricewaterhouseCoopers Steeplechase (Grade 3) of €30,000.

Russell Ferris, Manager of Limerick Racecourse, said: “We would like to extend our sincere appreciation to Ladbrokes for their continued support of the Ladbrokes Munster National.

“I look forward to another thrilling race on what is a fantastic day of National Hunt racing.”

The race last year was won by Raz De Maree trained by Dessie Hughes and ridden by Jockey Bryan Cooper.