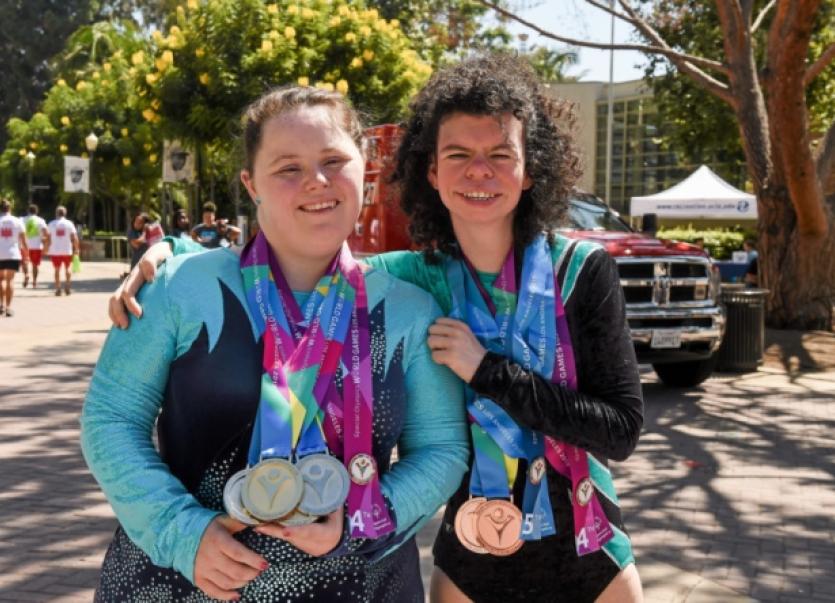 SHE’s been surrounded by a galaxy of stars since touching down in LA and Limerick’s leading light at the Special Olympic Games has even outshone movie star Colin Farrell, in a selfie!

SHE’s been surrounded by a galaxy of stars since touching down in LA and Limerick’s leading light at the Special Olympic Games has even outshone movie star Colin Farrell, in a selfie!

The photograph set the tone for what has been a truly memorable week for gymnast Ashleigh O’Hagan who claimed two bronze medals and three place ribbons at the LA Games.

“It’s absolutely fantastic and a great achievement. I’m proud as punch,” said Ashleigh who is a member of Lisnagry Special Olympics Club and is Limerick’s only athlete at the Games which continue in the City of Angels until August 2.

Speaking from LA, her dad Brian paid tribute to the people of Limerick for the support during the Games and indeed in the past.

Bubbly Ashleigh, 21, posed with Hollywood A-lister Colin Farrell for a photograph at the opening ceremony of the Games, and the snap, which was tweeted by Special Olympics Ireland, has been retweeted several times.

Ashleigh, who hails from Derryhasna, O’Brien’s Bridge, Co Limerick said the Special Olympics mean the world to her.

“In my life, there is a load of positivity from the Special Olympics,” she commented before heading off for LA last week.

Actor Colin Farrell has been involved with Special Olympics since the 2003 World Games.

The True Detective star, who currently resides in LA, said he was ‘honoured’ to be involved.

“Meeting all of the athletes and walking out amongst the Irish team is such an honour. Let’s go Ireland! Let’s go world!”

Ireland’s spirit of volunteerism was very evident at Shannon Airport last Thursday as 40 people from the Munster region jetted out to Los Angeles to give a helping hand to their American counterparts and ensure the smooth running of the Special Olympics.

Some 57 volunteers from the province have flown out to LA for the Games in the past week, with the bulk of them departing Shannon and over half of them coming from Limerick. The volunteers were given a reception at the airport ahead of their departure.