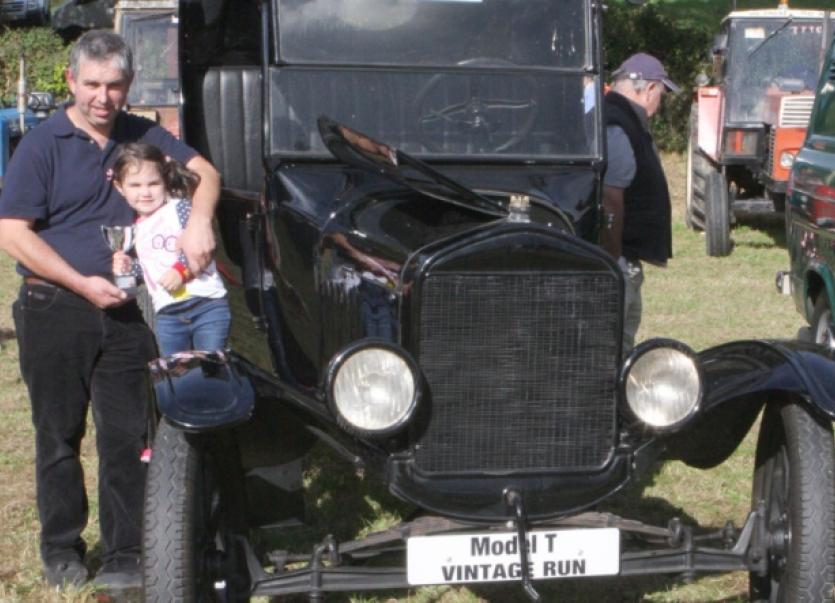 THE DOON Vintage Show is being moved to a new August date this year due to person of the month winners Patrice Clarke and Donnacha O’Brien.

THE DOON Vintage Show is being moved to a new August date this year due to person of the month winners Patrice Clarke and Donnacha O’Brien.

The charity tractor run and family fun day in memory of their son Darragh was “the finest community event ever seen - not just in Doon or Hollyford (where Darragh’s parents are from) but in the wider region” said Seamus O’Grady.

He is the chairman of the Irish Rovers - a local vintage club - who host the Doon Vintage Show in Moore’s field every September. Club volunteers played a big part in Darragh’s Tractor Run which was attended by several directors of IVETA (Irish Vintage Engines and Tractors Association). They were hugely impressed by the community spirit on display and were in no doubt as to where they wanted to host their main event this year.

“These communities were galvanised into action by a tragic loss, to lend moral support to popular local families who had lost their little tractor fan. Funds were raised for the charity First Light on the tractor run but it would have been really worthwhile regardless because of the morale boost it gave to the families and their communities.

“It was such a hit that we’re not even trying to ‘repeat’ it as such. The challenge now is just to harness some of that local enthusiasm - to show what else these communities are capable of,” said Seamus.

As it will be national rally they will have to leave their traditional venue of Moore’s field for a bigger location.

The Irish Rovers are appealing for volunteers to help with vintage side of the event.

The younger locals like Donnacha and Patrice’s peers - who might have imagined before now that vintage events weren’t for them to get involved in - now know better; they really enjoyed volunteering for the tractor run and the organisers hope they will get just as involved, they say

But it can be so much bigger than a vintage event, said Tom Richardson, Irish Rovers PRO.

“The family fun day at the tractor run was the stand-out success and because of the way Darragh united everyone - nobody stood back assuming it was just for ‘vintage type people’ to arrange. Everyone was delighted with the involvement of young and old, male and female.

“There was something to do for all and it would be great to get some of that community spirit going again for this event,” said Tom.

Proceeds will go to local causes, as usual, but a major aim is to keep the feel-good factor going said Tom.

“Local people enjoyed the buzz from Darragh’s run and can’t wait for the next instalment,” he said.

The national vintage rally will take place on Sunday, August 2 during the Bank Holiday weekend. “There will be moves afoot and meetings shortly on the organisational front and the organisers will need all the help they can get,” said Tom. Contact any committee member to get involved.