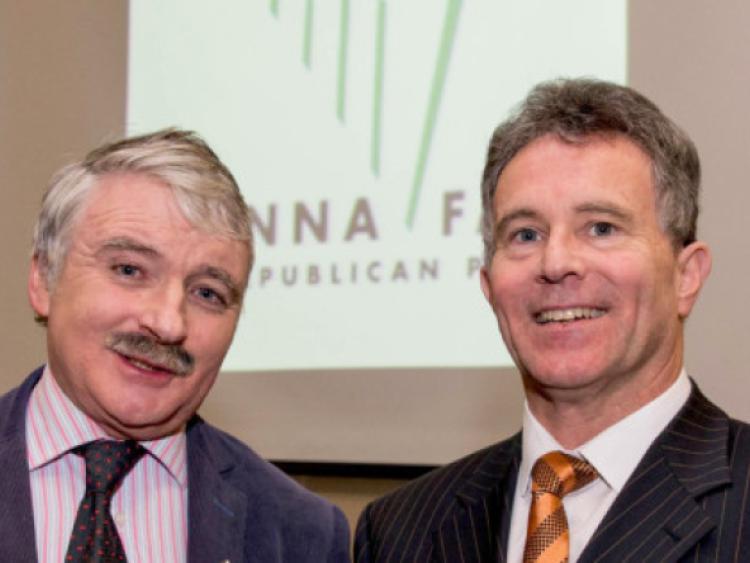 WHILe Deputy Willie O’Dea was the only candidate selected to run for Fianna Fail in the Limerick city constituency in the next general election, it emerged this week that should circumstances change, the party may yet add another candidate.

WHILe Deputy Willie O’Dea was the only candidate selected to run for Fianna Fail in the Limerick city constituency in the next general election, it emerged this week that should circumstances change, the party may yet add another candidate.

And with opinion polls perhaps changing in Fianna Fail’s favour, there is a chance - though slim - that someone like Cllr James Collins could be added to the ticket.

The Special Constituencies committee set up by the party is said to be still looking at the situation in Limerick city and could add another candidate.

“It has been decided to run one candidate in three seater constituencies and one in most four seaters, but they are looking at the four seaters on a case by case basis,” a senior member of the party explained.

“There is a saying a week is a long time in politics and this is very true in this situation. Say Michael Noonan decides he is not going to run, you would have a very changed situation and one in which we would run someone with Willie,” he added.

It is understood the Constituencies Committee, which meets every week, and has no Limerick representative, is closely looking at the situation and is likely get a scientific poll carried out, by someone like Sean Donnellan, to help them decide on the matter.

Fianna Fail councillor James Collins had questioned his party’s strategy of running just one candidate in Limerick City at the general election, but decided not to run against Deputy O’Dea at the selection convention in the Strand Hotel last Thursday night.

“I do not agree with the one general election candidate strategy for Limerick City decided by the National Executive. Having consulted with the membership, it is my view that the Fianna Fail party should run two candidates in the four-seat constituency. Fianna Fail needs to build on our recent success in the local election, where we are now the biggest party at local level across the country,” the Dooradoyle-based publican said.

Meanwhile it will be Willie O’Dea’s twelfth time going before the people of Limerick, having first stood for Dail Eireann in 1981. Mr O’Dea pledged his party would be fighting hard in the coming year, adding: “We will not be making promises we cannot keep. We will be fighting on a strong positive vision of what this city and this country can be, when fairness is restored to the centre of decision making.”

He said that the next general election was a very important one for the country and the people of Limerick city, who he argues have seen no benefit from the recovery the Government says is underway.

“The Government obsesses about cuts to the top rate of tax at the very same time that families struggling to meet basic bills and the number of children in poverty doubles,” added Deputy O’Dea.

Asked if he thought Cllr Collins was correct in his assessment, to run two candidates Deputy O’Dea replied: “No, I don’t think he is. I think we will only get one quota. It is the same in West Limerick, so what is the difference here? We haven’t been rising in the opinion polls. We are at 18%. I have no idea (where the comment is coming from),” Mr O’Dea told the Limerick Leader.

In an obvious reference to Cll Collins he said before the event: “Anybody is welcome to contest the convention. If they decide not to contest it, is their decision.”