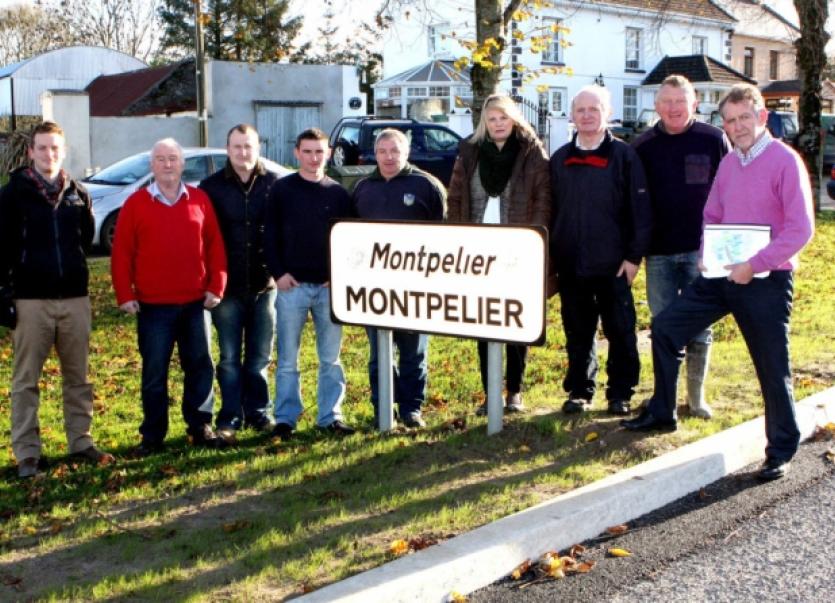 EVEN in recessionary times, with money scare on the ground, a Limerick village is proving work can still be carried out on the ground.

EVEN in recessionary times, with money scare on the ground, a Limerick village is proving work can still be carried out on the ground.

Montpelier is unique in that it is at the very edge of Limerick and that the houses are fronted by large greens onto the main road.

“There is no other village like that in the county,” said Cllr Michael Sheahan, who facilitated the Montpelier Development Association forming over two years ago and starting a major project.

The association found that the village’s economy relies strongly on tourism but there are few existing facilities to promote their natural resource on the river.

“There is a demand for better access to and utilisation of the Shannon as an amenity for the public and to attract tourism,” say the association in their plans.

One of their main concerns was the deterioration of the Fair Green from vehicles running into it. With the help of funding from Ballyhoura, local fundraising by the development association, expertise of Limerick County council and local area office staff, kerbing has been put in place.

“The greens which were being destroyed by traffic are now protected forever as well as other improvement works in the village including to the green areas and ESB poles.

“Already it has changed the character of the village,” said Cllr Sheahan.

The expert advice of urban designer Nicholas de Jong was sought for the ambitious project. He completed a feasibility study and made proposals.

Now the development association are moving on to putting down footpaths.

“The community are going to raise the money themselves and do their own voluntary labour with supervision of Limerick County Council staff,” said Cllr Sheahan.

Then thoughts will turn to phase two of their plans in 2014.

“It will be for recreation and as a tourist enterprise for locals,” said Cllr Sheahan.

Phase three is to consider a pedestrian footbridge along the existing bridge to O’Brien’s Bridge.

Cllr Sheahan says it is a beautiful area and the people of Montpelier prove where there’s a will there’s a way.