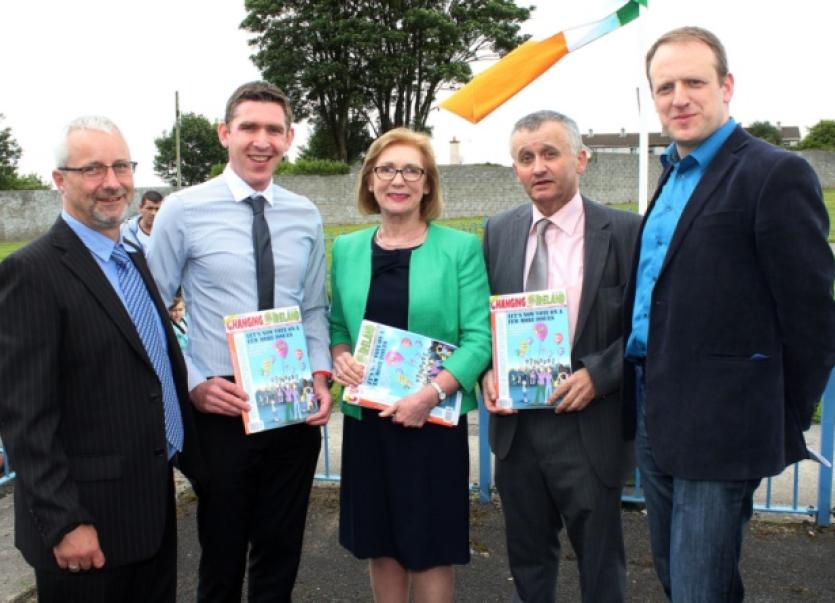 A UNIQUE magazine produced in Moyross marked its 50th edition with a special event attended by Minister Jan O’Sullivan.

A UNIQUE magazine produced in Moyross marked its 50th edition with a special event attended by Minister Jan O’Sullivan.

More than 50 people were at Sarsfield Gardens in Moyross to mark the golden edition of Changing Ireland.

Established in 2001, the not-for profit publication exists to promote and highlight community development work on the ground in communities across Ireland.

Three people work producing the magazine on Limerick’s northside, including the founding editor Allen Meagher, who criticised the continuing “stigmatisation” of people in communities.

The bumper 50th edition features an interview with the Minister of State for Rural Development Ann Phelan in which she calls for the introduction of gender quotas to be introduced when recruiting for local government jobs.

An article asks the “bloody good question” of what community development actually is with a number of agencies in place.

There is also a look back at the various cartoons which have appeared in Changing Ireland over the years.

Ms O’Sullivan called for an end to the “stereotyping” of people who come from certain communities in Ireland.

She said: “When you say you come from a community, people make an assumption as to the type of person you are.

“That is stereotyping, that is wrong, and that has to be challenged at all levels. I think Changing Ireland has done an awful lot to do that, and you ought to be commended for this.”

She said the magazine - which is funded by the government - is “about giving a real voice to the community”.

“What we need to hear is the genuine voice of the community, and sometimes the discordant voices,” she said,

“This is part of what this publication is. It raises serious issues, and has done a lot to challenge stereotypes and make people think about communities.”

“It is tiny money compared to what is going in other directions, but it is an expression of support for an alternative voice: a dissenting voice, a demanding voice, and a voice most of all trying to address inequality and narrow that gap.”

Changing Ireland is available at Eason’s O’Connell Street or by calling 061-458090.