Hundreds turn out for homecoming of ‘bitterly disappointed’ Kilmallock team 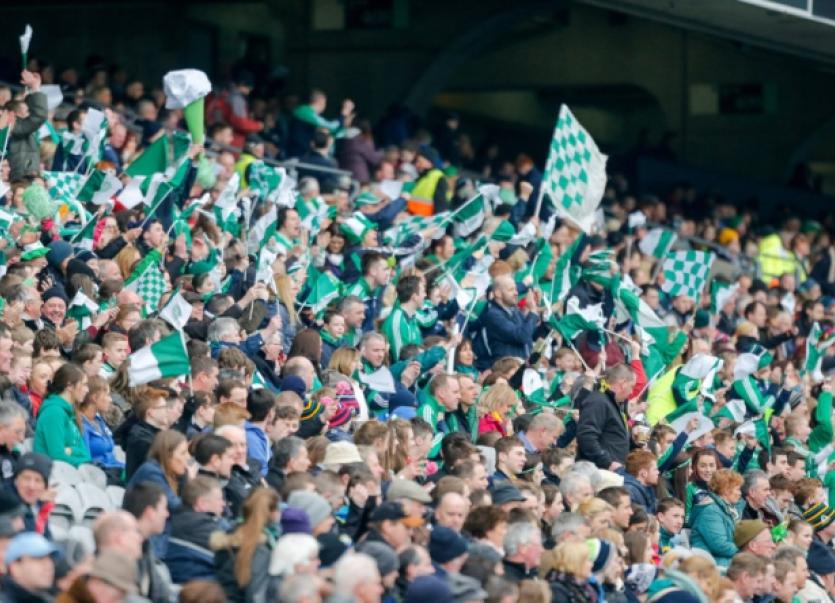 HUNDREDS turned out to show their support for Limerick and Munster champions Kilmallock on Tuesday night following their heartbreaking defeat in the All-Ireland senior club hurling final.

HUNDREDS turned out to show their support for Limerick and Munster champions Kilmallock on Tuesday night following their heartbreaking defeat in the All-Ireland senior club hurling final.

As many as 3,000 had travelled to Croke Park on St Patrick’s Day to see the Balbec take on Kilkenny’s Ballyhale Shamrocks, the most successful team in the history of the competition who were able to field the likes of Henry Shefflin, TJ Reid and Colin Fennelly.

It was the first time a Limerick club had made it all the way to the final since another Kilmallock team in 1992. But it was to end in deep disappointment with Kilmallock on the receiving end of a 1-18 to 1-6 scoreline.

“They got a great reception coming back,” said club chairman Steven Connery of Tuesday night’s homecoming.

“They were bitterly disappointed because they felt that they didn’t do themselves justice in their performance. It’s a bitter pill to swallow and is disappointing for everyone but we will only learn from it and we will rebuild as best we can.”

The team had got back to the town around 9.30pm and a large crowd turned out at the crossroads and followed them back to the clubhouse.

“It was a low-key affair but people were still in high spirits on account of the good year we had and we can’t deny it was a great year for the club. We appreciate all the support we got from the people of Kilmallock. That takes a small bit of the pain away for the loss, to still see people coming out to appreciate you when you get home.”

The clubhouse was full upon the arrival of the Kilmallock team, with up to 500 in attendance. People had also travelled to Dublin in huge numbers in the hope that Kilmallock might just upset the odds against Ballyhale.

“There were people from all over County Limerick who came out and supported us which we greatly appreciate and Limerick people as well from all over Ireland. We met people from Dublin, the Midlands and Galway, all connected with Limerick in different ways.”

Most of the current team, Mr Connery said, had “five or six years of senior hurling in them” and the focus would now be on regrouping ahead of the county championship, which starts with a clash against Ahane in May.