‘Don’t be afraid of failure’ Limerick graduates are told 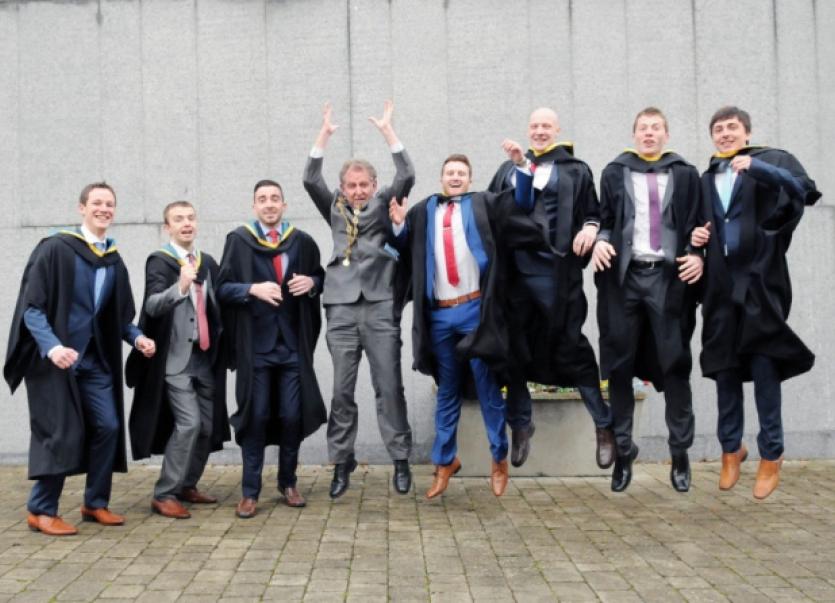 THE PRESIDENT of the University of Limerick has encouraged graduates to follow their ambitions and pursue their dreams so “you don’t wake up in 20 years’ time and say ‘I should have done this, I should have gone there’.”

THE PRESIDENT of the University of Limerick has encouraged graduates to follow their ambitions and pursue their dreams so “you don’t wake up in 20 years’ time and say ‘I should have done this, I should have gone there’.”

Close to 1,000 students from 23 counties and three continents were conferred with academic awards across the college’s 27 programmes (not including individual research at MA and PhD level).

Not only were students conferred with awards on the college’s four undergraduate programmes, diploma, graduate diploma and masters programmes, including the first cohort of the Master of Arts in International Development Practice to graduate, but this year saw 13 students being conferred with PhD awards.

Amongst those graduating was the last ever cohort of the three year B Ed (Primary Teaching) programme as following a review by the Teaching Council of Ireland a change to the structure of the BEd programme was established with the degree moving from a three year to a four year programme in 2012.

Marking the historic occasion Prof Michael A Hayes, president of Mary Immaculate College said: “Today is the last time that the three year programme will be conferred. I would like to take this opportunity to put on record the gratitude of the college to all staff who have taught and supported that programme over the last 40 years”.

He paid special tribute to Roibeard O’ Cathasaigh, one of the original teaching faculty who is still lecturing today.

Speaking to those graduating Prof A Hayes said that it was his hope that during the students’ time at the college they had developed a “far-sighted vision and strong values; values of regard for other; values of the need to make a positive contribution in the world and values of respect for creation”.

“It is true that as graduates you enter into a world of economic and social insecurity, where former certainties about employment and identity can no longer be assumed. But be certain of this, that your education and formation here [at MIC] will have put you in good stead to meet these and other challenges, for here you have been helped to play your role in creating a new knowledge society, but even more importantly, a just society”.

Also speaking on the day, Bishop of Limerick Brendan Leahy who is chair of An Bord Rialaithe, MIC, said to those graduating: “I imagine that your years of study here at MIC have contributed much to making you more magnanimous, more open to reality in its fullness, more understanding of where we have come from and, ultimately, more desiring of building a new world, one that is more united, more big-souled, more at peace.”

Attendees at the three ceremonies, which took place over the course of two days, Thursday and Friday, included Mayor of Limerick, Michael Sheahan; President of INTO, Seán McMahon and Limerick’s chief superintendent David Sheahan.