Old clothes for a good cause as Munster players donate gear 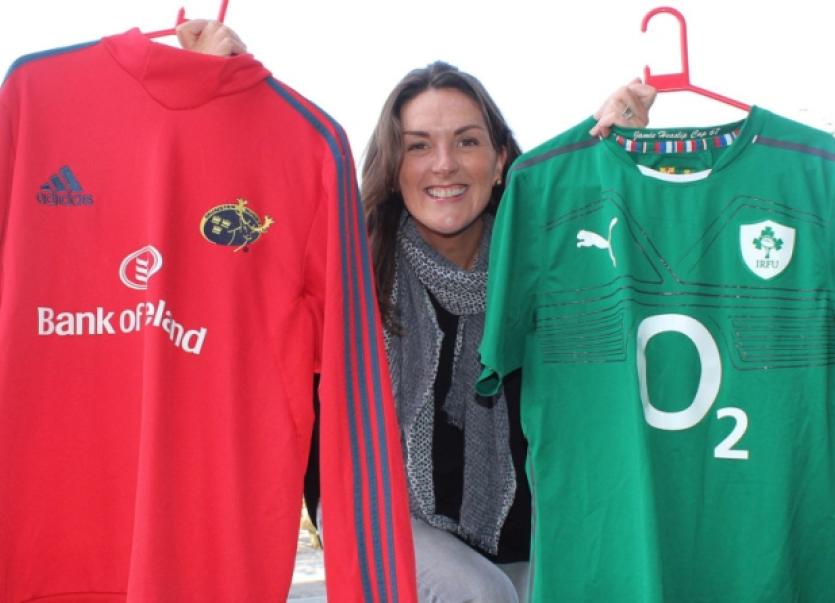 For the second year in a row, rugby fans from Limerick and beyond will be able to purchase gear worn by Munster and Ireland players in aid of a good cause.

For the second year in a row, rugby fans from Limerick and beyond will be able to purchase gear worn by Munster and Ireland players in aid of a good cause.

Olive Foley, wife of Munster head coach Anthony, is organising the sale of the gear to raise funds for the Donal Walsh #LiveLife charity.

The sale will take place this weekend at Howley’s Quay near Peter Clohessy’s bar at 2pm and on a Saturday instead of Friday in an attempt to draw more people out to purchase the gear.

“Last year we raised €13,000, so this year we would love to top that,” said Olive, who was effusive in her praise of the Munster players who donated their gear to a cause close to all their hearts.

“We have everything,” she explained, “from jerseys to monographed jackets, to shorts and socks”.

“They were all very fond of Donal (Walsh). When they heard it was for his charity they all got on board.”

Despite the fact that the gear was worn by the Munster team, there will be bargains to be had.

“The socks will be very cheap,” she said. “The prices aren’t finalised yet but they will only be €2 to €5.”

“They (Munster) tend to get new training kits every year so there is a lot from previous years that the players didn’t need so they gave them to me,” she revealed, adding that the shorts and socks in particular would be useful for club players.

“If you play rugby, or any sport, you need a kit to train, so come on down on Saturday and pick up your socks and shorts – you won’t get them cheaper anywhere else,” she added.

Among the main attractions is the jersey worn by Jamie Heaslip for Ireland in the summer tour match against Argentina.

“Jamie’s jersey will probably be auctioned with bids taken throughout the day, with the highest bidder at the end of the day getting the jersey,” outlined Tyrone Elliot, who is co-organising the event.

Olive revealed that Heaslip didn’t have any qualms about handing over the jersey after being asked by Paul O’Connell to do so.

“Paul has been a great help for us,” Olive said, acknowledging his work both this year and last in helping collect gear off the players.

However, she revealed that they don’t take offence if a player doesn’t want to hand over their gear.

“We ask them once and if they don’t get back to us, I am told to leave them alone!” she laughed.

The #LiveLife charity was set up by Kerry teenager Donal Walsh after he was diagnosed with cancer. Donal went on Brendan O’Connor’s Saturday Night Show to plead with young people not to end their own lives.

During his illness he captured the imagination of people all over the country and helped raise over €50,000 for charity.

He sadly passed away in May 2013, after battling the disease for four years.

Many members of the Munster squad attended Donal’s funeral in Co Kerry after growing close to the teenager in the months prior to his premature death.