High hopes at Arscoil Ris ahead of Harty Cup 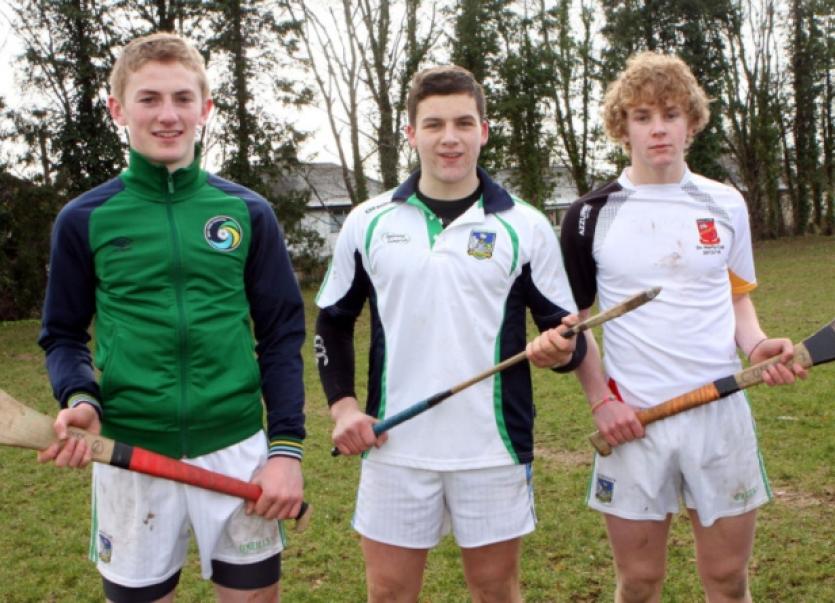 HE may have many a fond memory from his student days at Doon CBS but come 1.30pm on Saturday, Liam Cronin’s loyalties will lie with Ardscoil Ris.

HE may have many a fond memory from his student days at Doon CBS but come 1.30pm on Saturday, Liam Cronin’s loyalties will lie with Ardscoil Ris.

The Cappamore man teaches Maths and IT at the North Circular Road school, and will also be on the sideline in the Gaelic Grounds on Saturday, willing his students to victory in the all-Limerick Harty Cup final.

In 2010 and 2011, when Ardscoil Ris won the Harty Cup back-to-back, Liam was part of the three-man management team which included Niall Moran and Derek Larkin.

While he is not directly involved in the team this year - he will be on hand to offer support and advice.

So what’s the banter like ahead of the big game - given his connection to both sides?

“There are four guys from Cappamore on the Doon panel at the moment and those four guys would be hoping to break onto our intermediate team at home this year. We (Cappamore) are back training now at the moment and you would have a few guys, no different to myself, who would have gone to school in Doon and played hurling with Doon CBS, so there is that banter,” he smiled.

Liam attended Doon CBS from 1992 until 1998 and his younger brother, Christopher, played midfield the last time Doon got to the Harty semi-finals in 2003 and 2004.

The sporting brothers inherited their love of the GAA from their father, Christy, a former secretary of Cappmore GAA club.

Saturday’s mouth-watering encounter shouldn’t, Liam feels, phase either team, given that players on both sides fought many a tough battle with the Limerick minors last summer.

“It should be a fantastic day and it shows the amount of work that is going on at club level and at schools level within Limerick in an effort to raise the standard of hurling,” said Liam.

“There is a huge amount of work going into hurling in Ardscoil, I suppose no different to Doon, but you just hope on the day that they will perform to the best of their ability. We will see how the game goes from there.”

The Ardscoil Ris boys, he says, are a “very good bunch of players - very level-headed”.

“A lot of them have an extremely mature outlook and the fact that they would have hurled in an All-Ireland semi final with Limerick, they are used to the big day occasions. The fact that it is on in the Gaelic Grounds, it should draw a very good crowd from both sides and the neutral Limerick hurling supporter as well.”