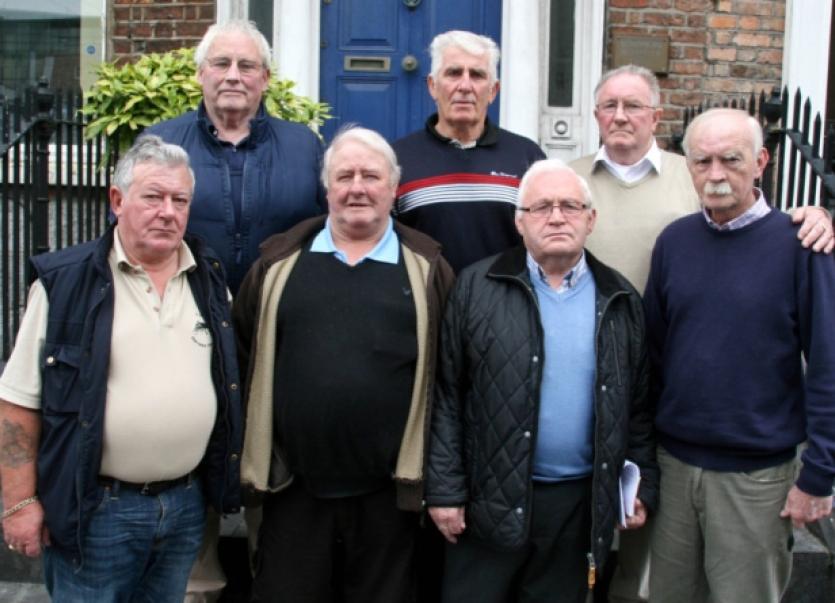 A COUNCIL employee who was forced to leave his job after a co-worker threatened to kill him is among up to 15 ex-staff members demanding their full pension from the local authority.

A COUNCIL employee who was forced to leave his job after a co-worker threatened to kill him is among up to 15 ex-staff members demanding their full pension from the local authority.

The threat was made in 2011 by Patrick Keane, who received a suspended sentence 12-month prison sentence from for threatening to kill Patrick Coughlan, another council employee, from Assumpta Park.

The former was suspended indefinitely in 2011 pending a full investigation by the council.

Now, Mr Coughlan said he is among over a dozen men waiting to receive what they are entitled to.

He and others have decided to speak out after the Limerick Leader highlighted the case of Christy Young, who is also demanding his full pension, last week.

Mr Coughlan, 64, told the Leader that he went out on sick leave due to stress in April 2010, and officially left his position three years ago.

“I had to leave due to the threat, and there were young fellas coming up to me while at work making the sign of a shotgun towards my head,” he explained.

“I lost my job, my home, and he got his job back. I’d love to be working still. But I had to leave my job, as I was given no protection,” he told this newspaper.

The incident took place on April 22, 2010, when Keane - an employee of Limerick City Council for 35 years and a brother of murdered Christy Keane - was returning to the depot in his road sweeper and encountered Mr Coughlan.

Mr Coughlan has been employed with the local authority for some 30 years and worked alongside Keane in the environmental department without any incident up until then. Shouting at Mr Coughlan, Mr Keane threatened to kill him and Mr Coughlan drove away immediately. The offence was captured on CCTV.

While fighting to receive his full pension, the victim said he believes that Keane received his job back in the council.

The local authority had no reply at the time of going to print.

Mr Coughlan’s nephew Darren Coughlan, 18, was killed on the Old Cratloe Road in Limerick on November 4, 2005. He died from head injuries after being kicked and beaten after being mistaken for another man.

The group of men who claimed they are owed their full pensions are now prepared to picket Limerick City and County Council.

Martin Quinn, 65, from Clareview, retired this March and said “we’re all in the same position as Christy [Young].

“We have all been in the cleansing department for decades, and when we started we were told weekend work was compulsory, and that the department has to keep going 24 hours a day, 365 days a year. One of the first things you were asked was ‘Will you do overtime?’ Or else you wouldn’t get the job. I was glad at that time to get the overtime, because times were hard in those days. Now, the council is just ignoring us,” said Mr Quinn.

He said their solicitor has received no reply from the council.

Furthermore, he said over the years the pool of workers in that department dropped, and those who remained were required to work even more weekends.

“You just had to be available. And the tax then killed all of us; it was as if we had worked for nothing. If you didn’t do the work you would be transferred to another department.”

The workers have queried whether they will now be paid the monies owed, as the council has confirmed that monies owed to Mr Young are due to be paid by the end of October.

“But we are going to have to fight through the Labour Court for years like Christy did? We could all be dead. Several men who retired in recent years have gone to God already,” they said.

Mr Young, a father of four and grandfather of six, said he was continually “fobbed off” by the council over the past three years and eight months, and has been through a multiplicity of hearings to gain what he is entitled to.

He estimated that he could be owed thousands in backdated pay to include overtime at weekends - after directions in his favour by both the Rights Commissioner and the Labour Court, in November last.

The Labour Court ruled that the council were obliged to recalculate his pensionable entitlements to include regular overtime he had worked as a council employee for 47 years.

A spokesperson for Limerick City and County Council said they have given Mr Young, via his union representative, a specified date by which his enhanced pension will be paid, believed to be in late October.

His union said the sum owed is now well overdue.